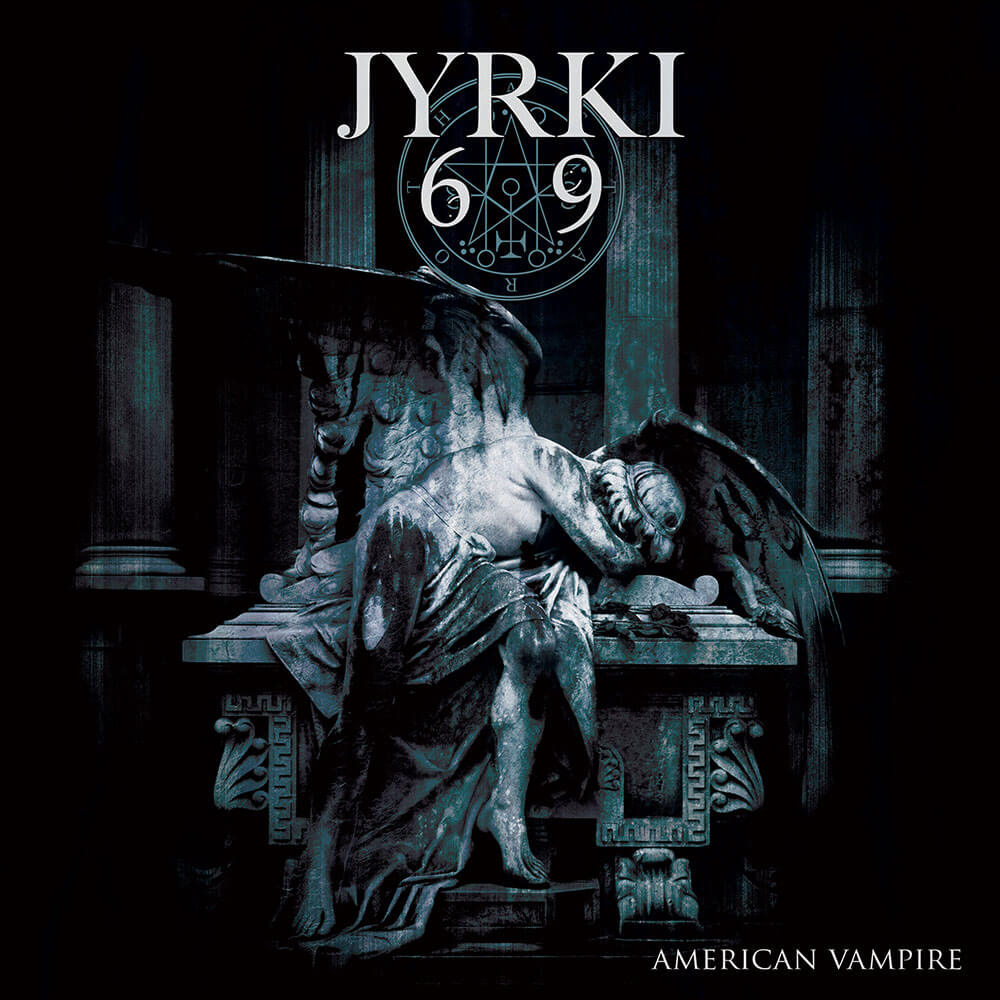 Los Angeles, CA – Goth metal icon Jyrki 69, best known as the baritone crooner for Helsinki metal superheroes The 69 Eyes but also seen earlier this year ripping it up with his gothabilly side project The 69 Cats, is ready to sink his teeth into the supple necks of music audiences around with world with his brand new solo album, American Vampire, the follow-up to his widely praised debut solo effort, 2017’s Helsinki Vampire! Mixing both cover tunes and original tracks, the new album finds Jyrki teaming up with several renegade collaborators including fellow Nordic rocker Tim Skold (of the metal outfit Shotgun Messiah and industrial projects Skold and Not My God), Billy Idol guitarist Steve Stevens, indie experimentalists Xiu Xiu, pop music queen Tiffany and many more! The album’s first single, a bone-chilling version of the psychedelic classic “White Rabbit” featuring virtuosic guitar work from Stevens, has already been released digitally and on 7”.

But now the first original track from the album is being released, just in time to haunt your dreams this Halloween! Both written and recorded with Skold, “American Vampire” might be the album’s clearest expression of purpose, opening with dark ambient keyboards before kicking into a massive metal riff and Jyrki’s opening word “Blood!” It’s a haunting, spine-tingling track with cinematic ambitions, as Jyrki explains “American Vampire is a character somewhere between Vampire Lestat and Tony “Scarface” Montana. Whenever they make a movie with that title, they already have a song for it! The music was done by Tim Skold, Hollywood legend and survivor, it was fantastic to make music with him!”

Naturally, the song is being accompanied by a gorgeously shot full-scale concept video filmed by director Vicente Cordero who has previously shot videos with for both Jyrki and Skold.

American Vampire will be released December 17 on all formats including CD in a deluxe gatefold wallet, vinyl in your choice of BLUE or SILVER, and digital!