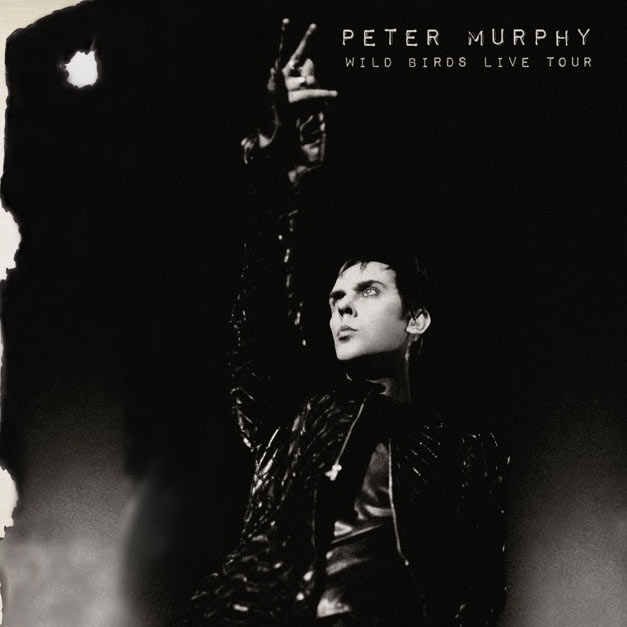 Peter Murphy is one of the most revered and recognizable figures in the dark side of art rock, having fronted the legendary gothic post-punk quartet Bauhaus in the late ‘70s and early ‘80s before pursuing a distinctive and creatively rich solo career starting in 1986. His success as a solo artist, amazingly enough, nearly eclipsed his previous stint with singles such as “Indigo Eyes” and the massive smash hit “Cuts You Up” elevating Murphy to center stage before a larger audience than he could have ever imagined possible. And it was indeed on the stage where Murphy truly shined, investing every phrase and note of his vast repertoire with unparalleled passion and poise. At the turn of the century, Murphy would take a moment to reflect on his solo career, releasing a greatest hits compilation called Wild Birds and embarking on an extensive world tour where he brought many of those highlights to life on stage.

Now a superb double album capturing a single, majestic and magical evening on that tour – one April 4, 2000 at the House Of Blues in Los Angeles – will be made available for the first time on both CD and vinyl this February 12 courtesy of Cleopatra Records. Wild Birds Live Tour features incredible and haunting live versions of “Cuts You Up,” “Indigo Eyes,” “A Strange Kind Of Love,” “Marlene Dietrich’s Favourite Poem” and many more! The 2CD set comes in a super deluxe mini LP-style gatefold digipak while the double vinyl package comes in both white and black vinyl.