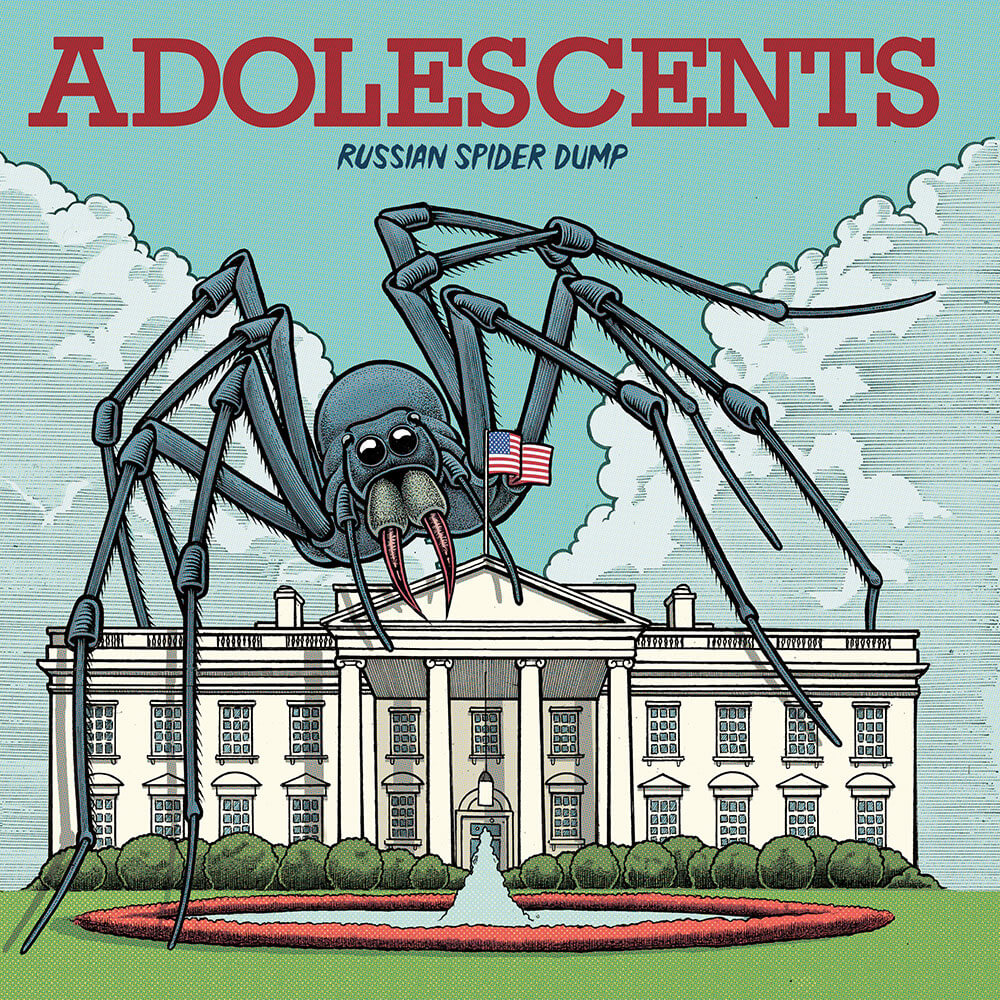 The Adolescents will release a new album on October 23 via Kung Fu/Cleopatra records. It’s an early punk and pre-prunk covers album and is called Russian Spider Dump. The release is the band’s first LP since the passing of bassist and founding member Steve Soto. Brad Logan of f-minus and Leftover Crack is now in the band on bass. The band covers Redd Kross, the Germs, The Dils, Dickies, Spirit and a lot more. You can see the track list below.

The album pays tribute to the band’s influences and peers with cover versions of Germs, Redd Kross, The Dickies, Spirit, and many more obscure gems!

This is the first Adolescents album released since the passing of founding member and bassist Steve Soto who was memorialized by Green Day’s Billie Joe Armstrong, Offspring, Rancid and many more!

Available on both CD and colored vinyl!