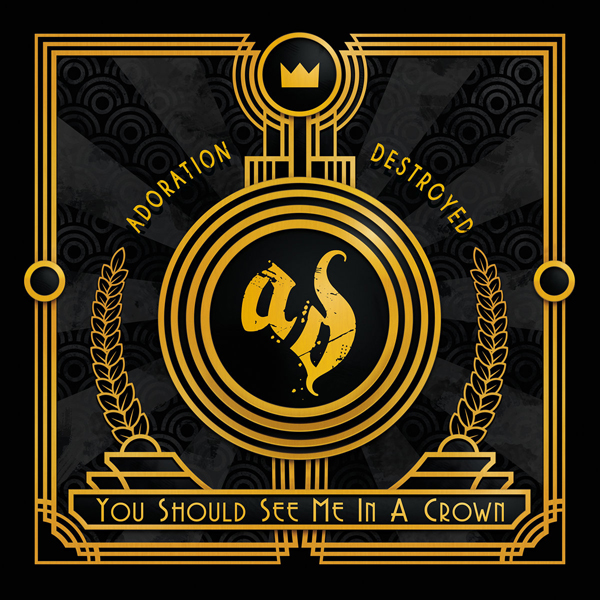 After making waves with a critically acclaimed debut album, several remixes, and extensive touring, Austin based electro and industrial/rock act Adoration Destroyed has announced the release of a new EP, You Should See Me In a Crown. With the title track offering up the band’s unique interpretation of the Billie Eilish hit, the EP also showcases two additional tracks written and produced by band founder Erik Gustafson, “Blackout Again” and “Tonight,” with Ritchard F. Napierkowski on mixing and mastering duties; rounding out the lineup for Adoration Destroyed on live percussion is Shadow Fashion’s Patrick Fears, for whom Gustafson directed the “Children of the Night” music video. You Should See Me In a Crown is due for digital release via Cleopatra Records on April 23, with pre-orders available now on Bandcamp. This marks the first new material from Adoration Destroyed since the April 2017 release of the Ritual Deconstruction EP companion to the 2016 Ritual Damage album.

Track List:
1. You Should See Me in a Crown
2. Blackout Again
3. Tonight