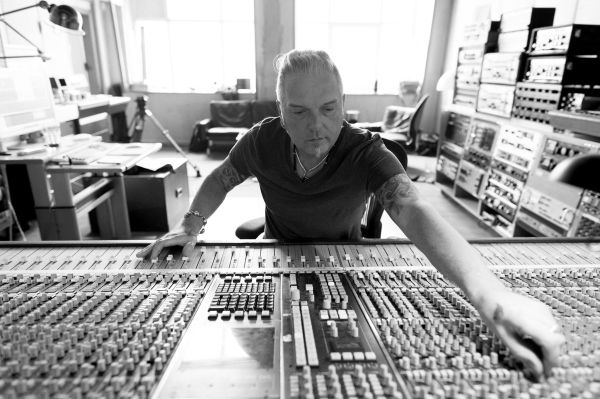 Today is the day for the newest release from groundbreaking alt-rock / industrial music producer John Fryer – the new ‘These Mortal Covers’ album comes by way of his Black Needle Noise collaborative project.

As one of the most innovative sonic architects in our age, “John Fryer has practically soundtracked your entire life” (Impose Magazine). He is also one of just two masterminds behind This Mortal Coil (along with Ivo Watts-Russell – not only producing, but also keyboards, strings and synthesizer sequencing).

John Fryer started his career in 1979 at London’s Blackwing Studios (London) and soon began working with seminal bands on 4AD, Mute, Rough Trade and Beggars Banquet, including Depeche Mode, The Wolfgang Press and Cocteau Twins. His achievement in helping develop the latter’s pioneering ethereal and ambient sound ultimately led Watts-Russell to recruit Fryer as his partner for This Mortal Coil.

A sense of expectation about his music has never left him – expectations he often exceeds from release to release, having produced many iconic artists, including Nine Inch Nails, Love and Rockets, Swans, HIM, Cradle of Filth, Clan of Xymox, Nitzer Ebb, Dead Can Dance, Yaz (Yazoo), Xmal Deutschland, Fields of the Nephilim, De/Vision, Stabbing Westward and many others. Fryer has also produced many film soundtracks, such as Seven, Clerks, Johnny Mnemonic, Mortal Kombat, Faust and Resident Evil: Apocalypse.

“The whole idea of doing cover versions started back with DarkDriveClinic. We were backstage for one of our live shows and the floor was grubby and Rebecca asked if she could put on my shoes to get something from the other side of the room and then I said, hey, let’s do a cover of “Walking In My Shoes” and so then the covers album was born back in 2011,” says John Fryer.

Read the full article at The Big Takeover.