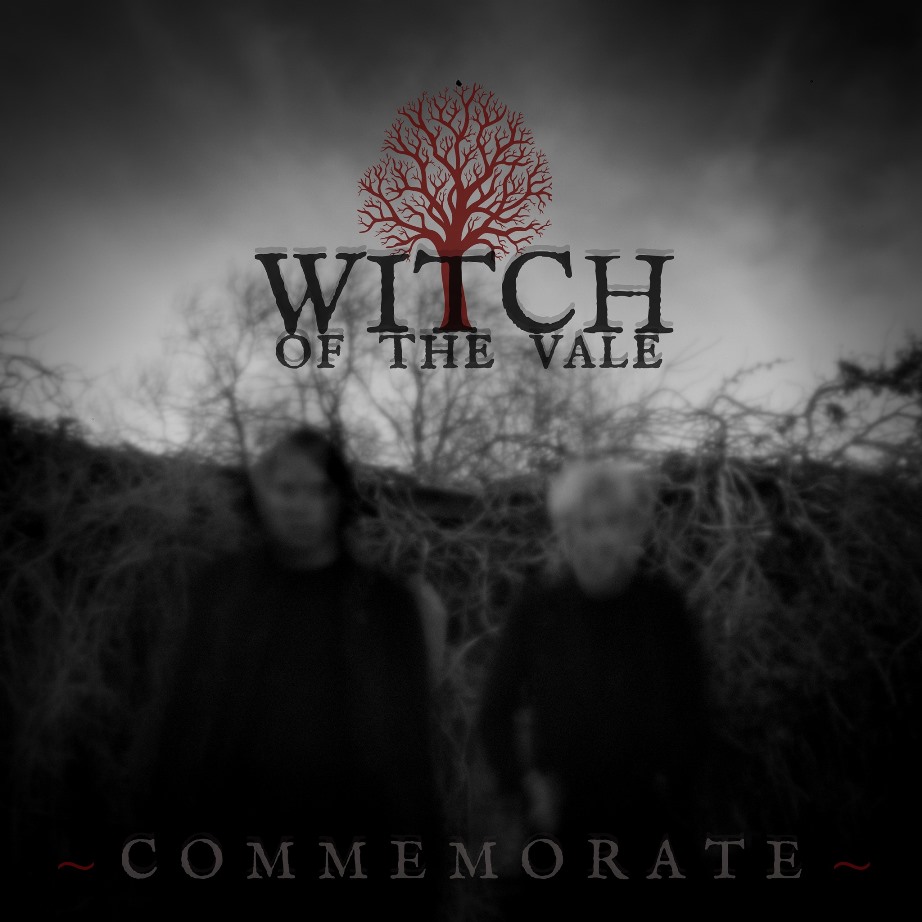 Erin Hawthorne and Ryan Hawthorne are WITCH OF THE VALE, an unsettling electronic duo from the serene shores of Loch Lomond and the remote Outer Hebridean Isles.

Signing to Cleopatra Records, a well-known North American goth industrial imprint, they reissued a number of Gary Numan albums in the US at one time and are still the only label to have succeeded in officially licencing post-‘Autobahn’ material for a KRAFTWERK best of compilation in 1992 entitled ‘The Model’.

Like a mid-to-downtempo offering to Pagan spirits, ‘Commemorate’ combines misery with beauty, evoking confused but uplifting emotions of hope in an atmosphere where all is not quite as it should be… so real life then and very fitting with many isolated from the life they have previously known.

A debut album is effectively a relaunch, an opportunity to reach a wider audience but with the kudos that the long playing format accords. To that end, WITCH OF THE VALE have included the best material from their first three EPs and supplemented those eight tracks with four new songs and bookending instrumental themes. However, most of this previously released material has undergone some sonic fine tuning, but it’s all been fulfilled without altering the spiritual essence of the originals.

From their debut EP ‘The Way This Will End’, the unsettling ritualistic overtures and drone laden backdrop of ‘Fever’ and the textural rumbles of ‘Your Voice’ are threaded by an enticing high register gothique with folk inspired stylings. The poignant ‘The Way This Will End’ title song is included also, with a beautiful music box quality complimented by pensive strings that capture a wonderful melancholic airiness. It is all very sad but never depressing.

Of the new material featuring on this impressive debut, the ‘Commemorate’ title song provides the most intensely percussive flavour, throwing in industrial swoops and references to self-loathing in the manner of NINE INCH NAILS, but with a sinister feminine beauty. ‘Undressed’ sonically emulates any number of intros from Gary Numan’s apocalyptic ‘Savage’, although the soundscapes take a Nordic pop twist thanks to Erin Hawthorne’s treated delivery.