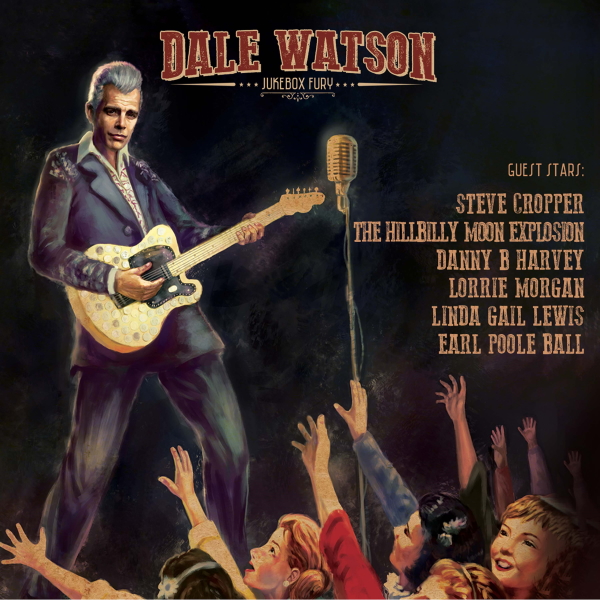 Los Angeles, CA – There are outlaw country singers – and then there’s Dale Watson. Watson has built a 40+ year career out of ignoring trends and championing authentic country music, writing songs that come from real lived experience and demand to be performed with nothing but heart and soul. Getting his start in honky-tonks and bars all over the country, from Texas to Los Angeles to Nashville, Watson knows the power of a well-written song and he knows how each performer brings a little something unique to the songs they sing, which is what makes Watson’s new album Jukebox Fury such a natural next step and one of the most profound statements in Watson’s prolific catalog.

Jukebox Fury finds Watson covering some of his favorite artists and peers, performing songs that have stood the test of time and are probably right now blaring out of the corner jukebox at the local dive bar. The album’s first single sets the stage with a 1978 classic from the original outlaw cowboy, Waylon Jennings, “I’ve Always Been Crazy,” performed by Watson as a duet with Nashville royalty, the great Lorrie Morgan. In Watson and Morgan’s hands, the song becomes an emotionally poignant tale of two veterans who have seen their fair share of heartache and hard times, but who somehow keep themselves sane through it all, and keep coming back for more. Producer Danny B. Harvey, best known for his work with rockabilly acts like The Swing Cats and The Head Cat, shapes a gorgeous and austere musical backing punctuated with bright twangy guitar and tinkling piano.

Harvey had this to say of the track, “As if producing and playing guitar on Dale Watson’s new album wasn’t enough of an honor and a privilege, the added bonus of getting to produce the legendary Lorrie Morgan on the same track, is historic. Add Johnny Cash & Gram Parson’s pianist Earl Poole Ball to the mix and I have to pinch myself to make sure I’m awake. This track will blow your mind, and I’m sure Waylon is looking on and very proud of what we’ve done with his song.”

TRACK LIST:
1. Turn The Page
2. Sundown
3. Always On My Mind feat. Linda Gail Lewis
4. Polk Salad Annie
5. For What It’s Worth
6. Treat Her Right feat. Steve Cropper
7. I’ve Always Been Crazy feat. Lorrie Morgan
8. Have You Ever Seen The Rain?
9. Bluer Than Blue
10. The Gambler
11. A Horse With No Name
12. Act Naturally feat. The Hillbilly Moon Explosion