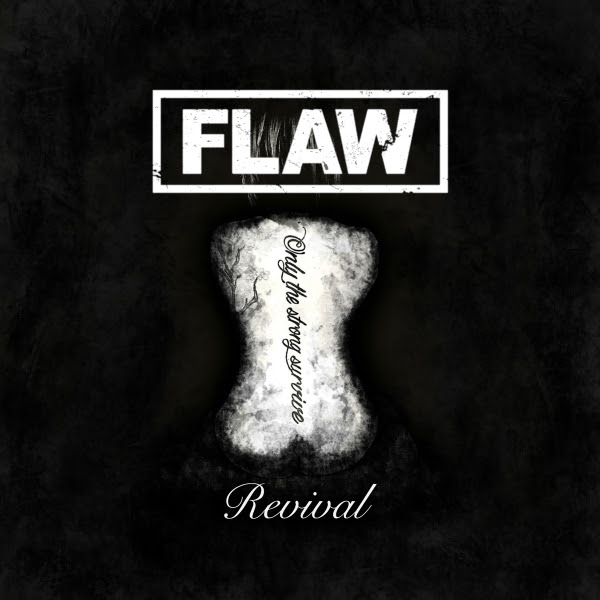 Los Angeles, CA – Modern metal heroes FLAW have been cranking out some of the most intense, passionate and melodic metal music since their founding in the late ‘90s. The band continues to be led to this day by founding member and vocalist Chris Volz, whose demon-growl-from-the-depths-of-hell vocal signature is counterbalanced by a confident and powerful baritone croon. Both of those dynamics, as well as Volz immense skill at musical arrangements, are on display in the band’s newest single, a cover of a 2017 hit by indie pop act lovelytheband. In the hands of Volz and Co., “Broken” becomes a true metal masterpiece, alternating atmospheric verses with ear shattering choruses and tons of distorted guitar. It’s enough to get even the hipsters to throw the horns up!

Volz had this to say about the track, “I am so excited to have the privilege of rewriting and covering this track. The lyrics and rhythm flow of the original song grabbed me right away. This was so much fun to record in the studio and I can’t wait for everyone to hear it!”

“Broken” is the first single from Flaw’s newest studio album, Revival. The album features superb versions of well-known tracks by the likes of Peter Gabriel, The Police, .38 Special, Billy Idol and more. You’ve heard the originals but you’ve never heard them like this! Also be sure to check out the new versions the band recorded of their own hit songs – “Get Up Again” and “Only The Strong.” The Revival begins everywhere March 4 on all formats including limited edition SILVER or BLUE vinyl!