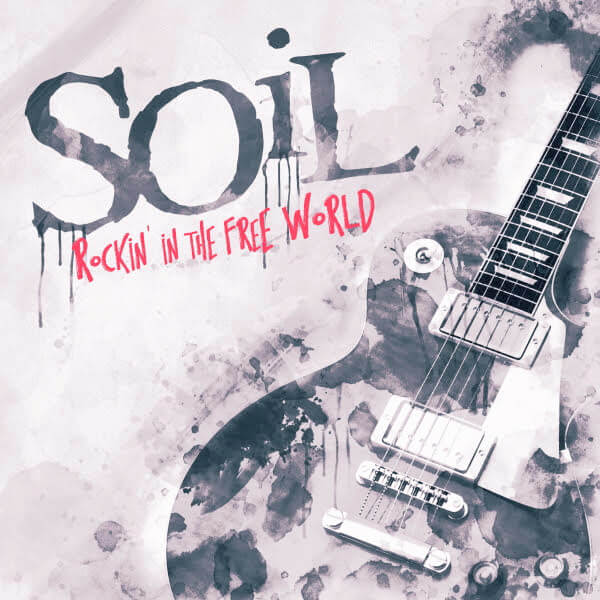 Los Angeles, CA – When word got back to Neil Young and his band that their 1989 concert performance scheduled to take place in the Soviet Union had been cancelled by antagonistic government authorities, Young’s guitar player Frank Sampedro replied to the news with “well, I guess we’ll have to keep on rockin’ in the free world.” And thus, one of the most legendary and fiercely defiant rock anthems of the 20th century was born. The song became the bookends of Young’s brilliant studio album, Freedom, with an acoustic version kicking it off and an electric version closing it and would eventually be celebrated as one of Rolling Stone magazine’s 500 Greatest Songs Of All Time (#216).

Now that Young’s music has fallen silent on the world’s most prominent musical platform, Spotify, another band has stepped forward to make sure that Young’s rebellious spirit continues to live on with a powerful new version of “Rockin’ In The Free World.” Chicago alternative metal kings SOiL have released their own version of the song to all digital platforms, keeping the fire lit for future generations of rebels and iconoclasts.

As the band explains “Over the years, SOiL has considered covering Neil Young’s ‘Rockin’ In The Free World’ many times. It was a song that really struck a nerve with us individually in our younger days before SOiL was even a band. The song still stands the test of time and is as powerful today as it was back then. This version we recorded was scheduled to be released as part of a special upcoming album due out later this year, but we decided that now would be a good time to let everyone hear our take on the Neil Young classic with the SOiL twist. We hope you all enjoy it!”

Stream/download the single
Back