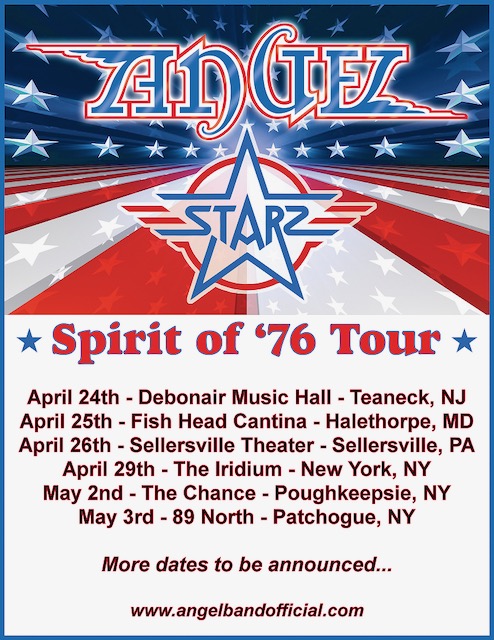 After a successful run of tour dates in December in support of their first new album in decades, Risen, seminal rock band Angel will now tour more extensively in the United States with the Spirit Of ’76 2020 tour.

Kicking off in April, the bill also features Starz, the American metal band that served as a major inspiration for such global luminaries as Bon Jovi, Mötley Crüe and Twisted Sister. Click here to purchase tickets and meet and greet packages.

Angel will also be part of the Rock Legends Cruise in February alongside such heavyweights as Roger Daltrey, Sebastian Bach, Robby Krieger and more. In early April, Angel returns to Japan for a series of shows. Please see below for the current itinerary with Midwest tour dates and more to be announced.