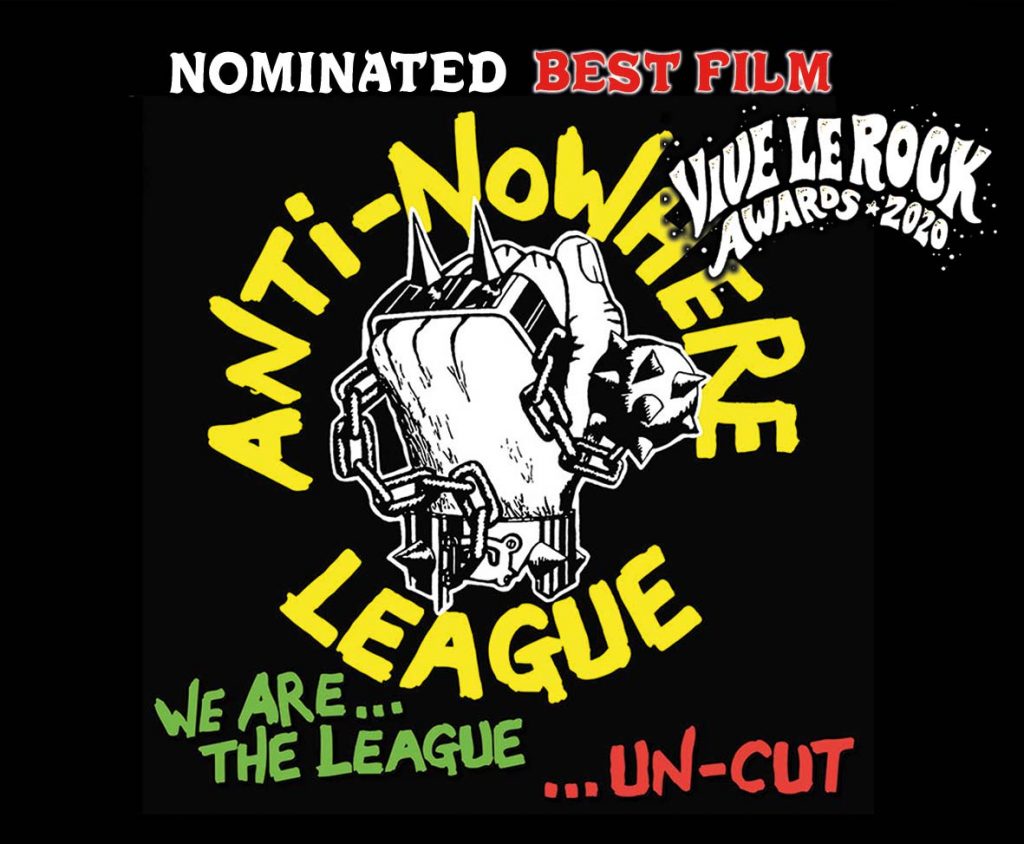 “The Vive Le Rock Awards are coming and it’s your chance to vote!

Live acts already announced for the event include LORDS OF THE NEW CHURCH featuring BRIAN JAMES and MICHAEL MONROE, former Specials star NEVILLE STAPLE, our very own all-star band THE VIVE LE ROCKERS, plus more acts – including our very special headline band! – to be announced.

Now, here’s where you come in. We’re throwing the voting open to you the readers in two award categories…. New Band / New Blood and Best Live Band…

The nominees in the Best Live Band category are THE DAMNED, IDLES, FRANK CARTER & THE RATTLESNAKES, THE RUTS DC and MC50.

Voting’s now open here so get to it!

Tickets for the Awards – including a very special VIP package, with bulging goodie-bag and admission to our exclusive star-studded after-party! – are available here.

ANTI-NOWHERE LEAGUE: We Are The League tells the full uncensored story of how a biker, a skinhead, a grammar school boy and a Persian exile came together, with no musical talent or ambitions and even less respect for anything or anyone, to burst into the UK charts with their debut single.

Packed full of never-before-seen archive footage – from the League’s first ever London show at the Lyceum, to clips from Stewart Copeland’s legendary lost punk-art film “So What!” – “We Are The League” shows how these Tunbridge Wells rogues surfed the second wave of punk, leaving a trail of outrage and disgust in their wake – and continue to do so to this day.