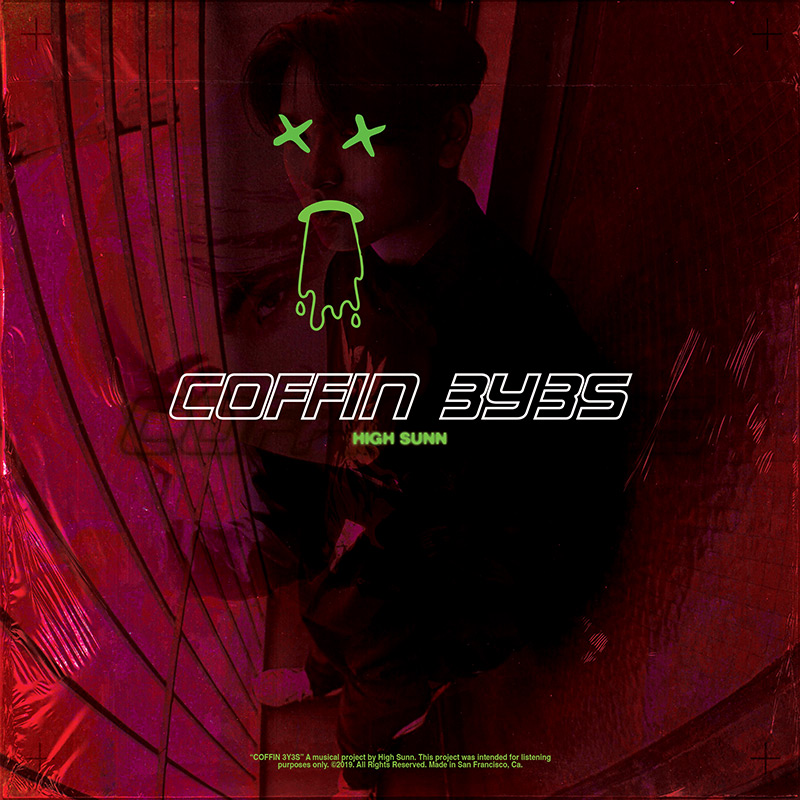 His music blends the influences of Studio Ghibli films, Taiwanese pop music, skateboarding, and boba tea, reflecting the diversity of his own cultural heritage which include Native American, Chinese, German and Filipino ancestry. But the genius of San Francisco’s Justin Cheromiah, aka High Sunn, is his ability to make music that bares the mark of these influences but still sounds accessible and modern and familiar. Nowhere is that genius on display more than on Cheromiah’s superb new album, Coffin Eyes, his first with Los Angeles indie label Cleopatra Records, available everywhere on July 26.

The album is a masterclass in guitar-oriented melodic bedroom rock, where the no-frills production adds to the rawness of Cheromiah’s emotion and vulnerability and earned him mentions in such publications as Consequence Of Sound, Stereogum, Brooklyn Vegan and more! It’s also what has made Cheromiah’s music connect to tens of thousands of listeners and converted them to fans.

Watch the video for High Sunn’s newest single “Others Can’t” from Coffin Eyes below:

Get the new Album

“If you combined the coming of age Studio Ghibli film, ‘Whisper of the Heart,’ and meshed it with references to bubble tea, and added some lyrics and guitar instrumentals, it would equate to a High Sunn song.” – Mica Kendall (altphilanthropy)

Get the new Album