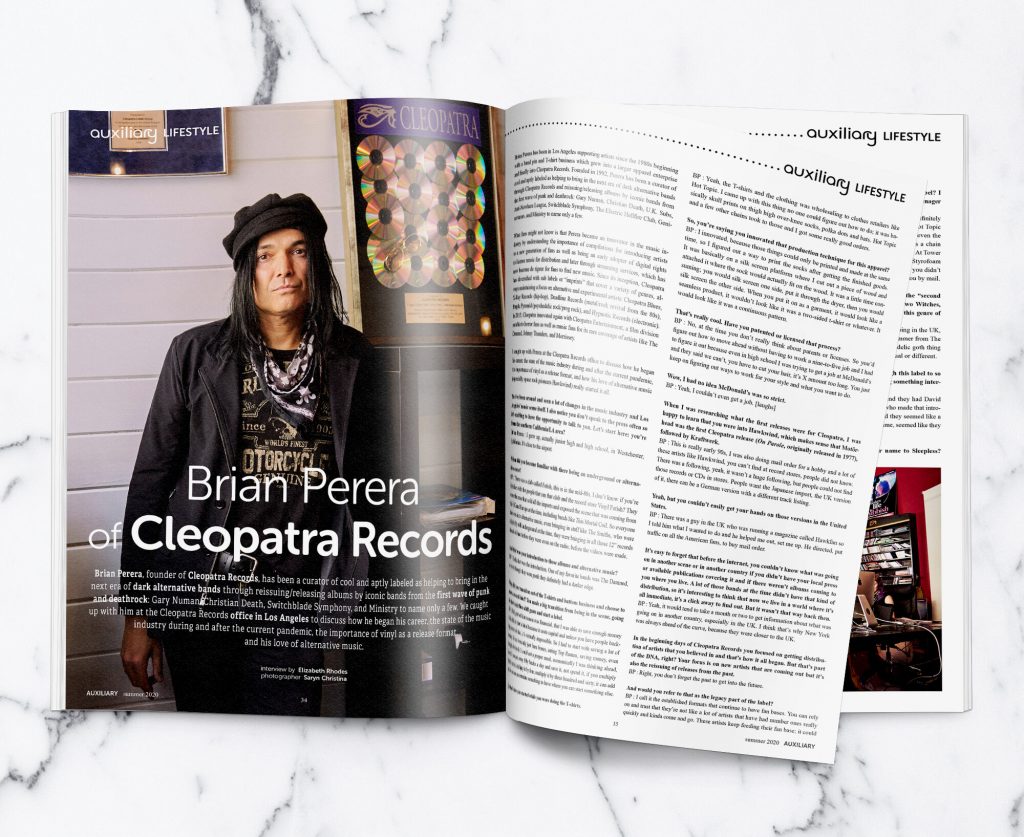 Via: auxiliarymagazine.com
By: Elizabeth Rhodes

For the Summer 2020 Issue we met with Cleopatra Records founder Brian Perera at the labelâ€™s headquarters in Los Angeles. Saryn Christina shot images of the office as well as portraits of Brian for the feature and editor Elizabeth Rhodes conducted the interview.

A tour of the Cleopatra office revealed lots of treasures, including cheetah print vinyl pressings of Danzig Sings Elvis, vintage (can we call them â€œvintageâ€ now?) compilations that put Cleopatra Records on the map for many young listeners and a sprawling warehouse of vinyl. Since the pandemic began, the office has become a shipping headquarters.

On the topic of so-called â€œsecond waveâ€ darkwave music and Cleopatraâ€™s music compilations that captured these bands while integrating â€œfirst waveâ€ postpunk and what would eventually be called â€œgothâ€ artists, Brian told us, â€œI was into that stuff. Even the Hawkwind shows they were doing in the UK, they were playing with Alien Sex Fiend. So there was even a drummer from The Cure that was in Hawkwind, Andy Anderson. The whole psychedelic goth thing in the UK really intertwined in the 90s. It really wasnâ€™t that unusual or different.â€