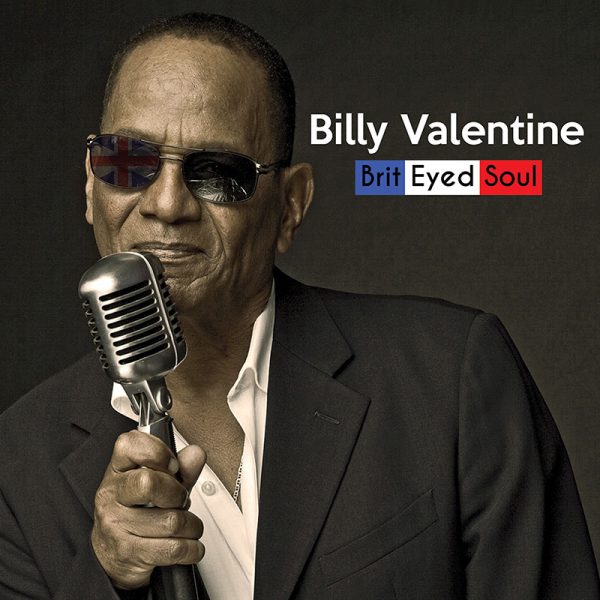 Cleopatra Records is pleased to announce the release of singer/vocal stylist Billy Valentine’s Brit Eyed Soul on March 3, 2017. Sort of a reverse take on the popular musical term “blue eyed soul,” Valentine does twelve British hits from the last fifty years in his own inimitable vocal style covering favorites originally recorded by a plethora of British hit makers including the Beatles, Elton John, Cat Stevens, Elvis Costello, Stevie Winwood and numerous others. Produced by R&B and funk veteran TC Campbell (original member of Cameo as well as band leader for Peabo Bryson and Jeffrey Osborne), Brit Eyed Soul is a joyous listening experience from start to finish.

Billy Valentine was first heard in 1982 as a member of the Valentine Brothers and their Urban hit, “Money’s Too Tight (To Mention)” that was later covered by Simply Red who had a #26 Billboard Pop hit with the song that also became a huge international smash. Since then Valentine has worked as a producer for Vesta Williams and The Time’s Jesse Johnson as well as doing the ghost lead vocals on the Robert Townsend hit movie, The Five Heartbeats. He went on to do vocal work on a number of television shows, most notably as the voice in the title theme and throughout the run of the hit TV series Boston Legal, and more recently on Sons of Anarchy. He performs live regularly in California and select American cities with occasional performances in London as well.

A consummate professional with an incredible voice that conjures up the great soul singers like Ray Charles and Sam Cooke, Billy is also a distinct stylist who delivers on the wide range of material on Brit Eyed Soul. “I’ve always been fascinated by the crossover appeal of American soul to the U.K., and how many of the soul legends like Ray Charles, Otis Redding and the Supremes all covered British soul-influenced songs on both record and in their live shows,” Valentine says. “And I’m thrilled that Cleopatra Records is putting out this album as these are songs that everyone’s heard before, but never quite like this!”