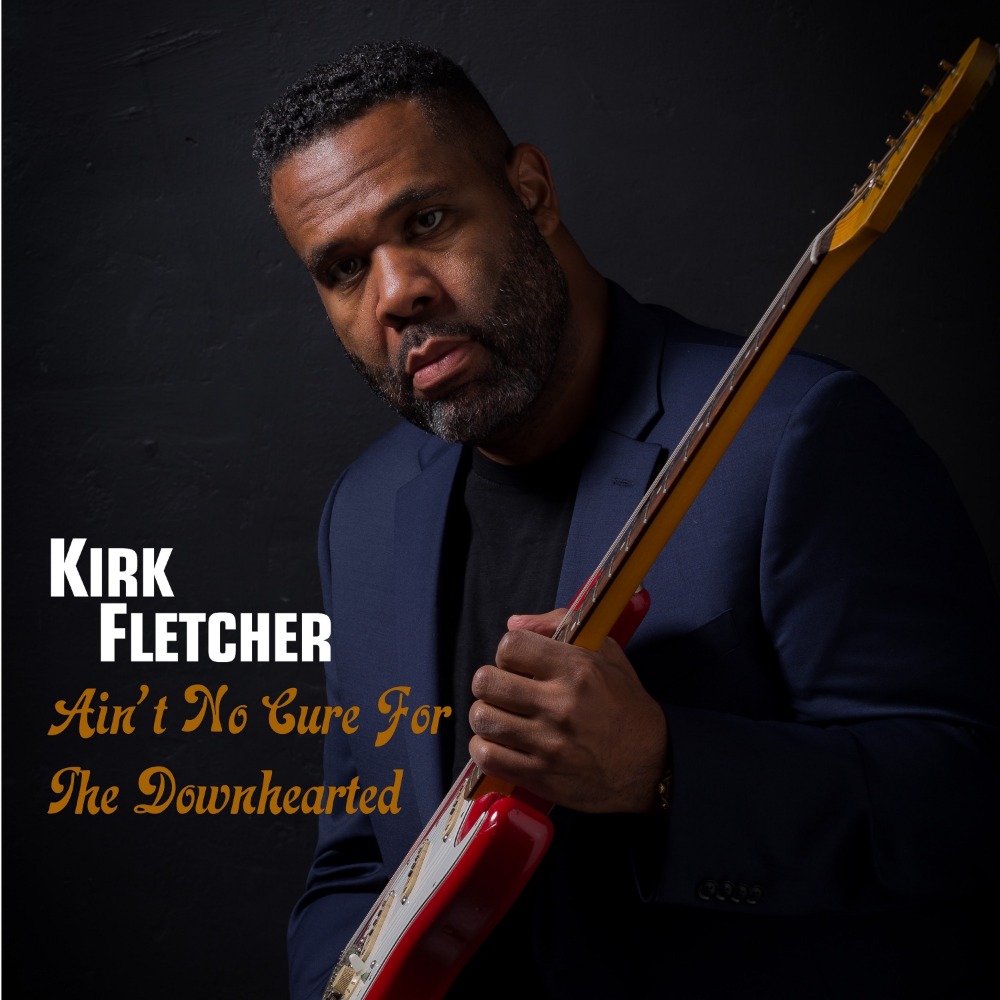 Fresh from the warm reception of “No Place To Go,” the first single to be released from his brand new studio album, My Blues Pathway, Kirk Fletcher returns with another deeply soulful track that wears its passionate heart on its sleeve. Fletcher, best known for his playing with Joe Bonamossa and The Fabulous Thunderbirds, is one of the most revered blues guitarists in music today who channels for the many varied emotions of the human experience into songs that are both moving and challenging. “Ain’t No Cure For The Downhearted” is a devastatingly sad portrait of a person seeking fulfillment, or “cure” for their depression, in external things. Fletcher explains, “This song is about people who shift the blame of all the things in their life that they regret. People who judge their life by other people’s success or their so-called happiness.”

The video echoes and expands on these sentiments, showing vignettes of people contemplating their life choices culminating in the scene of an old man walking alone, broken down, his unfulfilled life nearly at an end. It’s a powerful expression of the kind of downheartedness that only the blues can communicate.

But there are also subtle traces of hope in Fletcher’s song toward the end as he references one of humanity’s greatest moral leaders (“It was a great man once said he had a dream”) and the video shows scenes of people marching for justice. Ultimately, Fletcher suggests that the “cure,” if there is one at all, doesn’t come from the outside world but rather, “One must find happiness from within. We must think for ourselves and follow our passions (so long as it doesn’t harm anyone or anything).”

“Ain’t No Cure For The Downhearted” is just one of the many highlights from Fletcher’s newest studio album, My Blues Pathway, that also features a special guest performance by legendary harmonica player Charlie Musselwhite on the knock-out closer “Life Gave Me A Dirty Deal.” The album will be available on digipak CD as well as limited edition PURPLE vinyl courtest of Cleopatra Blues, a division of Cleopatra Records, Inc.

A real deal bluesman, guitarist and vocalist Kirk Fletcher, digs deep into his soul for this passionate and compelling new album!

Highlights include the single “No Place To Go,” which will be released along with a video in late July, plus a special guest performance by legendary harmonica player Charlie Musselwhite on the knock-out closer “Life Gave Me A Dirty Deal!”

Fletcher has earned his stripes playing with Joe Bonamossa’s band as well as The Fabulous Thunderbirds and has been nominated for four Blues Music Awards!

Available on both digipak CD as well as limited edition PURPLE vinyl!

Track Listing
1. Ain’t No Cure For The Downhearted
2. No Place To Go
3. Love Is More Than A Word
4. Struggle For Grace
5. I’d Rather Fight Than Switch
6. Heart So Heavy
7. Fattening Frogs For Snakes
8. Place In This World Somewhere
9. D Is For Denny
10. Life Gave Me A Dirty Deal