CHMCL STR8JCKT to Perform at CRUSHED: AN ANTI-VALENTINES INDUSTRIAL PARTY 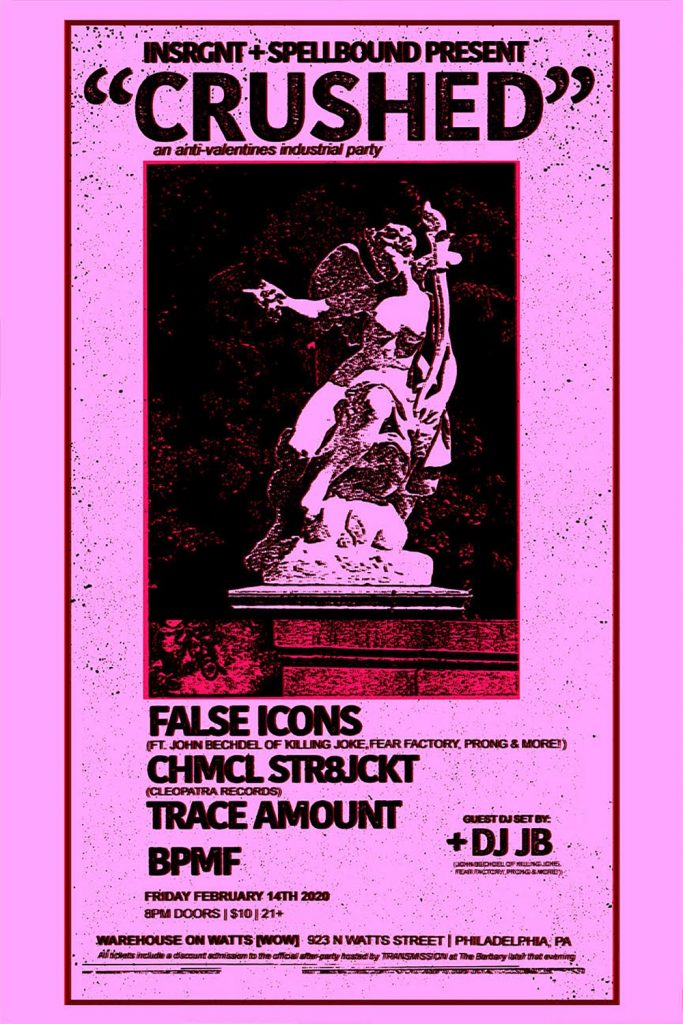 Stream + Add To Your Playlist Today +