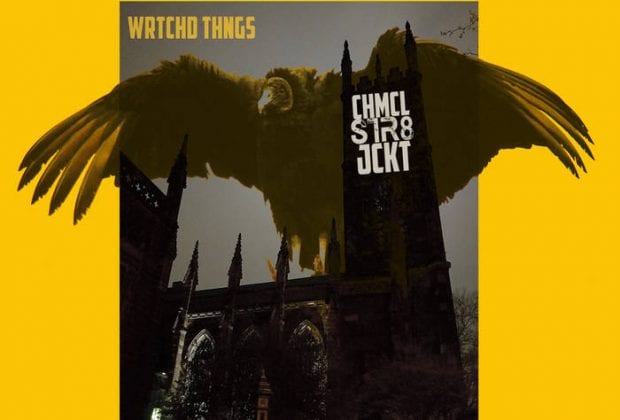 Background/Info: After a promising self-titled and self-released album released in 2017, this American formation went on with another self-released album with remixes. This year they signed to Cleopatra Records to unleash their official debut album, which has been produced by John Bechdel (keyboardist of Ministry, ex-Fear Factory, ex-Killing Joke).

Content: “Wrtchd Thngs” is a diversified piece of music. It takes off with an intro followed by an electro cut reminding me of the good-old days of Skinny Puppy. But the album rapidly moves into the familiar industrial-rock style of the band. The songs are driven by heavy guitar riffs and enraged vocals. Some cuts might appeal for fans of KMFDM while other songs are more into an atmospheric approach.

+ + + : Chmcl Str8jckt has a typical industrial sound and it’s not surprising the band claims to be inspired by some Wax Trax band. They have a similar approach although I have to say the album is pretty diversified. I like the electro-driven “Ode To Peckinpah (Bloody Sam)”, and also the KMFDM-reminding “Bomb Cyclone” for its right balance between guitar and electronics. Another fascinating cut is “Black Vulture”, which moves crescendo till a furious final part. Chmcl Str8jckt has improved most aspects of the production, which result in a meaningful work.

– – – : Even if “Ode To Peckinpah (Bloody Sam)” is definitely my favorite song (I’m mainly an electro-lover!) it’s not entirely representative for the approach of the band. The album is however a solid and accomplished piece of music, but without an absolute hit!

Conclusion: Chmcl Str8jckt is what I would call ‘controlled power’; it sounds heavy and powerful, but never becomes industrial mayhem.