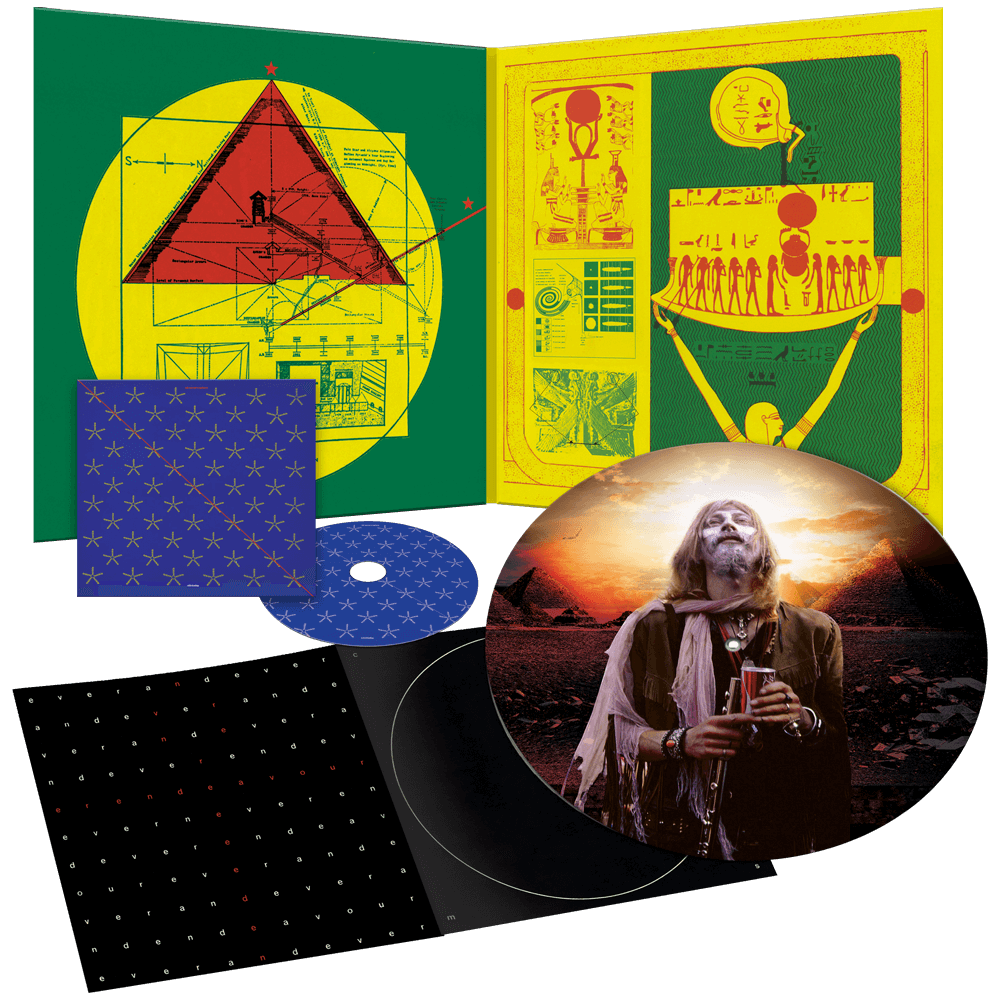 From â€˜60s legends the Grateful Dead to Grammy winning flautist Paul Horn, industrial band Killing Joke, and Hawkwind co-founder Nik Turner, Egyptâ€™s Great Pyramids have been a powerful source of inspiration for many musical adventurers over the years. Some, like Turner, have even gone so far as to record their instruments inside the ancient wonders, capturing the unique resonance of these mystical spaces and blending them with modern techniques and sensibilities to create a truly innovative work of art. Shortly after his abrupt departure from Hawkwind in the late â€˜70s, Turner recorded nearly a half an hourâ€™s worth of improvised flute melodies within the Egyptian pyramids, which he then used as the basis for his incredible 1978 experimental ambient masterpiece Xitintoday. The album, which is officially credited to Nik Turnerâ€™s Sphynx, is an adventurous, groundbreaking collaboration with several alums from prog rock legends Gong including Steve Hillage (who produced the album), Miquette Giraudy, Harry Williamson, Mike Howlett, Tim Blake and more.

For Turner, the album has a more personal meaning as he explains, â€œXitintoday was a very necessary source of catharsis and healing for me, not only from being fired by my former band but also from the death of my father.â€

Now this superb project is being reissued in a deluxe collectorâ€™s edition on gorgeous picture disc vinyl housed in a gatefold jacket with 16-page booklet insert that meticulously recreates the distinctive artwork of graphic design icon Barney Bubbles. The package also includes the entire album on CD with a special bonus track of Turner’s raw 30-minute flute recording from deep within the pyramid.