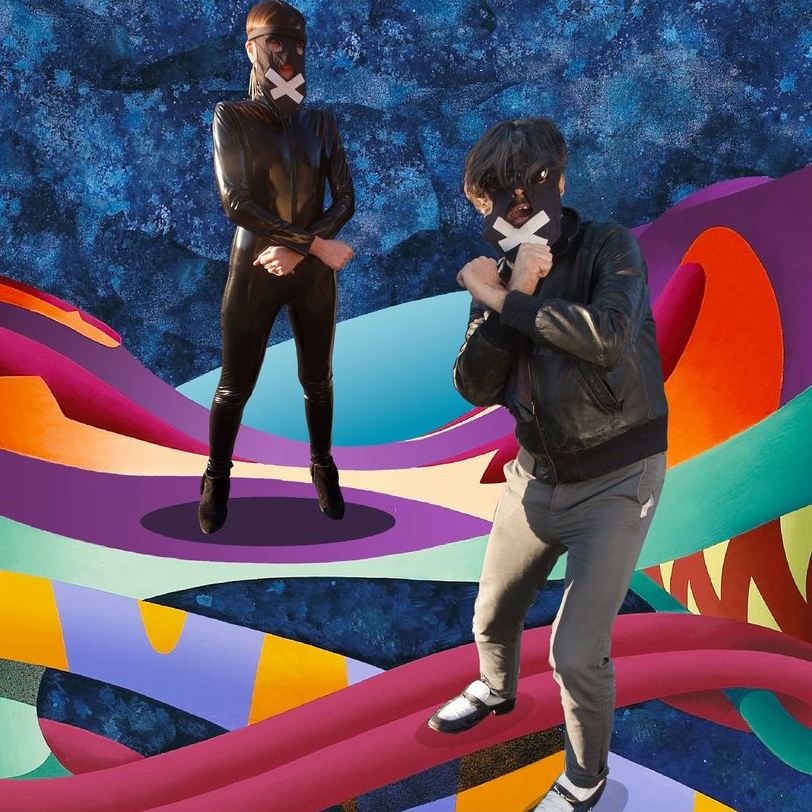 One of the most buzzed about L.A. indietronic bands of the last several years, the extraordinary L.A. Drones!, has just released their new full-length album I Can’t Stop To Dance This Shit! For the uninitiated, L.A. Drones! (Spanish for “thieves”) are a mysterious duo from parts unknown, Mr. Pablo & Darlingtonia, create some of the punkiest, catchiest and most psychedelic dance music this side of the 405. The band is a fixture on L.A.’s live circuit especially in the tight knit, almost cult-like devoted scenes surrounding Echo Park including numerous performances at the revered Part Time Punks showcase. Their raunchy, risqué and raucous performances have been featured alongside Psychic TV, PiL’s Jah Wobble, Juan Atkins, Lydia Lunch, Thrill Kill Kult and more, put together Two Party Mixtapes to pay tribute their musical influences

Continue to Part 2 The Hangover:
https://soundcloud.com/cleopatra-recs/ladrones-mixtape-ii-the-hangover

CHECK OUT THEIR NEW FULL-LENGTH ALBUM “I CAN’T STOP TO DANCE THIS SHIT!”

The album is highlighted by a phenomenal Spanish language cover of Brian Eno’s “Baby’s On Fire” that will not soon be forgotten by those lucky enough to hear it.

Listen to I Can’t Stop To Dance This Shit now on all of your favorite digital music platforms and be sure to watch for live performances.
Digital: https://orcd.co/ladrones

LIMITED EDITION - ONLY 100 MADE

SIDE B
1. Smile, This is Acid House
2. Fisica, Psiquica
3. American High
4. Cosmic Cars