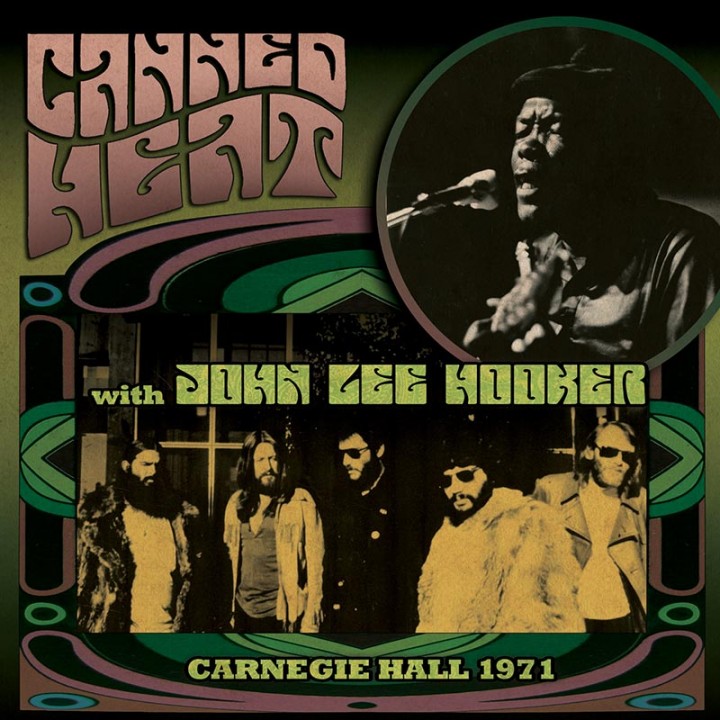 Cleopatra Records are happy to announce the release of three unreleased live albums by legendary blues rock band Canned Heat! Canned Heat is an American blues/boogie rock band that formed in Los Angeles, California, in 1965. The group has been noted for its own interpretations of blues material as well as for efforts to promote the interest in this type of music and its original artists. It was launched by two blues enthusiasts, Alan Wilson and Bob Hite, who took the name from Tommy Johnson’s 1928 “Canned Heat Blues”. After appearances at the Monterey and Woodstock festivals at the end of the 1960s, the band acquired worldwide fame.

Canned Heat teamed up with blues legend John Lee Hooker for the classic 1971 double album Hooker n’ Heat and embarked on a subsequent historic tour together that has been captured here in all its glory!This vintage set shakes and boogies with tons of authentic blues rhythms including the fantastic “Back Door Man” and “Let’s Work Together” as well as the Hooker-led bonus track “Tease Me Baby!” Available on both CD and limited edition green vinyl, and packaged with liner notes by Dave Thompson with a brand new interview by Heat drummer Adolfo “Fito” de la Parra!