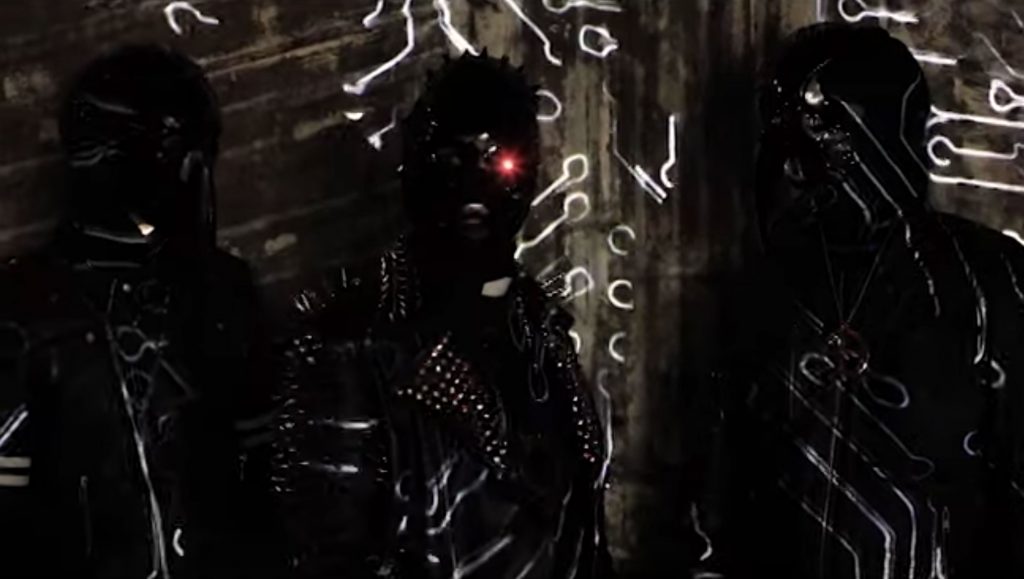 Hailing from the same icy darkness of the Scandinavian inland that birthed the Grammy Award-winning theatrical metal band GHOST, PRIEST has come to thaw the icy circuits of your frostbitten, winter-chilled heart with a brilliant new single. “A Signal In The Noise” is the first single from the new album by the enigmatic trio, which consists of vocalist Mercury (known as Water when he played bass for GHOST), keyboardist Salt (formerly GHOST keyboardist Air), and programmer/ keyboardist Sulfur. The new album is slated for 2022 and is produced by another GHOST alumni Simon Söderberg (guitarist and producer/engineer of GHOST’s debut album Opus Eponymous).

Although the group has been putting out albums since 2017, this new album marks a significant departure, with a drastically darker mood yet still maintains the band’s penchant for strong hooks and melodies. Speaking about the new single, a spokesperson for PRIEST declares “‘A Signal in the Noise’ is the first glimpse of a darker era in PRIEST’s timeline. The industrial rhythms and melodies paint a vast canvas of an apocalyptic future. To accompany the track, we needed a gritty video with an urban feeling. We are very excited to show it to you!”