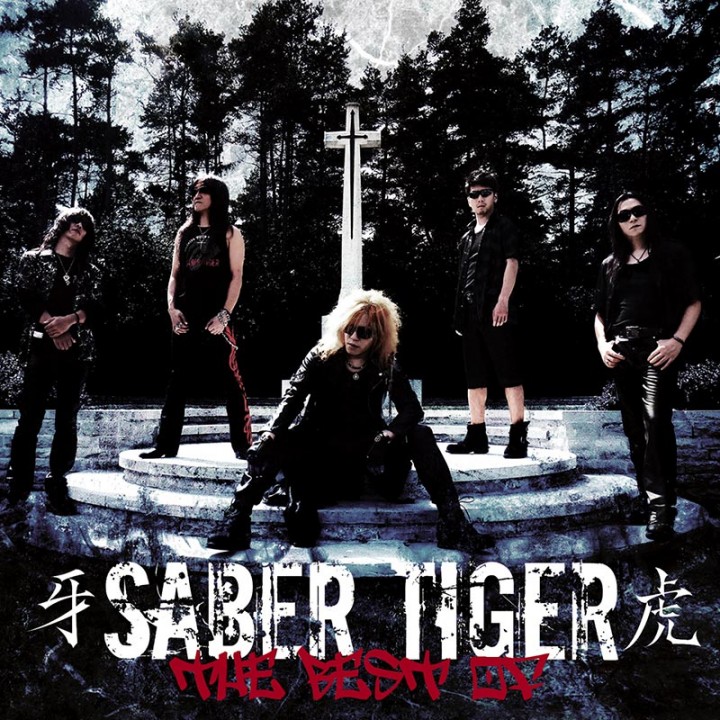 Saber Tiger then went on to record and release three hit albums (as well as a few others) while officially reformed with Takenori Shimoyama on vocals, Tomohiro Sanpei on bass, and Yoshio Isoda on drums.

Working together they produced two more albums, Paragraph 3 and Brain Drain. In 2001, Saber Tiger made their first release under their new major label VAP, naming the album simply Saber Tiger. With VAP they continued on to release F.U.S.E., The History of the New World -????- and the single “Eternal Loop”. Paragraph 3 and The History of the New World -????- were re-recorded compilations of the bands signature songs, with the new line-up and a heavier, more driven sound. They also released a live album named Live 2002 Nostalgia, on both CD and DVD.

In 2002, due to different musical ideas and goals, Shimoyama left the band to pursue his own ambitions in the heavy metal music scene. He formed the band Double Dealer, with Norifumi Shima. They signed a European-wide record contract with NTS/Limb Music, traveling through Europe on a tour with Symphony X.

In 2010, Saber Tiger announced the reunion with former members Takenori Shimoyama (vocals), Yasuharu “Machine” Tanaka (guitar) and Tomohiro Sampei (bass), and with Yasuhiro Mizuno as their new drummer. Eventually Takanobu Kimoto (ex-Double Dealer and Concerto Moon) replaced Sampei on bass. They began working on a new album at a studio in their hometown of Sapporo. The album Decisive was released on August 3, 2011, and was followed by a tour. On May 26, 2013, they performed at the Pure Rock Japan Live 2013 at Club Citta, alongside NoGoD, Galneryus and Onmyo-Za.

In 2015, a mutual friend of the band introduced them to Cleopatra Records VP/General Manager Tim Yasui, who was seeking to add more Japanese hard rock, punk and metal bands to the label’s Deadline Records imprint. In honor of Saber Tiger’s 35th Anniversary, a deal was struck to create the band’s first-ever “Greatest Hits” package, culling tracks from 3 of the band’s best albums: Messiah Complex (2012), Decisive (2011) and Paragraph IV (2011).

Current Saber Tiger frontman Takenori Shimoyama quotes, “We’re so glad to be able to finally have a U.S. record deal and hope that the sounds of SABER TIGER reverberate across the land! We’re very glad to be able to conduct activities in the US and we hope to make the sounds.”