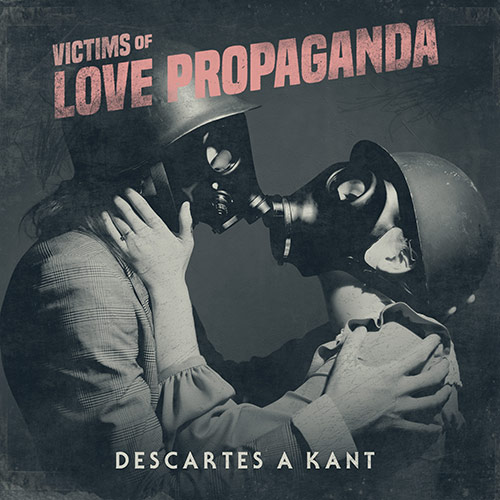 Descartes a Kant, one of Guadalajara, MX’s most imaginative and avant-garde bands, is set to release American debut album, “Victims of Love Propaganda,” via Cleopatra Records on May 12th.

Today, Descartes a Kant has debuted a video for a brand new song called “Motion Picture Dream Boy,” which was directed by gore extraordinaire film director, makeup effects artist ,and longtime friend of the band Gamaliel de Santiago Ruvalcaba. Check out the schizoid insanity below.

The story’s narrative is represented by two characters that personify the face of a modern love relationship. It charts the couple’s mutable love as it transitions from enchantment, fascination and intensity to a state of indifference, disconnection, and dissolution throughout the ten-song cycle. Unlike other so called “break up” albums, any sense of resolution is left to the minds of the listeners.

On working with new label Cleopatra Records, the band states, “We are thrilled to be releasing the record on Cleopatra, both because it’s our first release outside of Mexico and they’ve been incredibly supportive. Also, we still can’t believe we got to record this with Steve Albini, who is a hero of ours.”

The band’s captivating live shows have earned them spots on major festivals and this year will find the group launching an international tour starting in late March with stops at the massive Festival Rock al Parque in Bogota and Chicago’s Ruido Fest!

Will be supported by a massive PR rollout headed by Secret Service PR (Opeth, T.S.O.L.) that will include 3 pro-shot videos as well as full service to radio, print media ads and more!