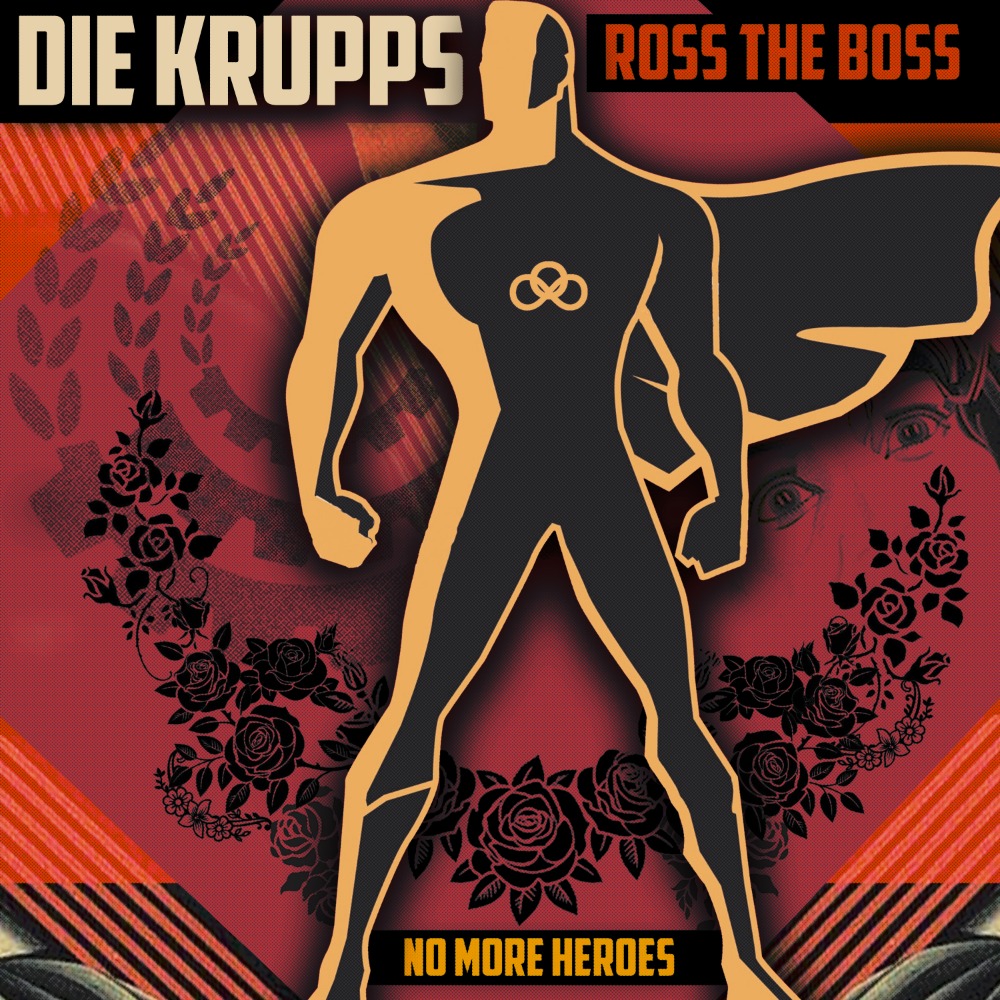 Industrial metallers DIE KRUPPS have joined forces with former MANOWAR guitarist Ross “The Boss” Friedman on a new single, “No More Heroes”, which has just been unleashed on the world via Cleopatra Records.

Jürgen Engler’s industrial behemoth DIE KRUPPS is considered one of the pioneers of EBM and industrial metal, formed in Germany’s capital city of Düsseldorf in 1980. Meanwhile, that very same year, Friedman, fresh from his stint with influential punk band THE DICTATORS, founded MANOWAR on the other side of the Atlantic in Auburn, New York. Both Engler and Friedman have enjoyed long and illustrious careers since their auspicious beginnings, and now the two have come together for a once-in-a-lifetime collaboration.

The song they perform is the enormously significant title track from the 1977 studio album by British rock champs THE STRANGLERS, which THE DICTATORS supported on their “No More Heroes” U.K. tour. The track, which name checks several recently passed historical figures, is a fitting tribute to the also recently passed STRANGLERS keyboardist Dave Greenfield, one of the last heroes of British rock, who died in May of this year from complications related to COVID-19.

Engler had this to say about the single: “As a longtime DICTATORS fan, it’s an honor to have Ross on board for this collaboration.

“It has been a sad year for music. Too many greats have passed. ‘No More Heroes’ seemed like the perfect song to pay tribute to them. And what better way to do it than joining forces with Ross The Boss! No shit, now rock! To the hilt!!”

The single will be featured on a forthcoming full-length effort from DIE KRUPPS, to be released in 2021.