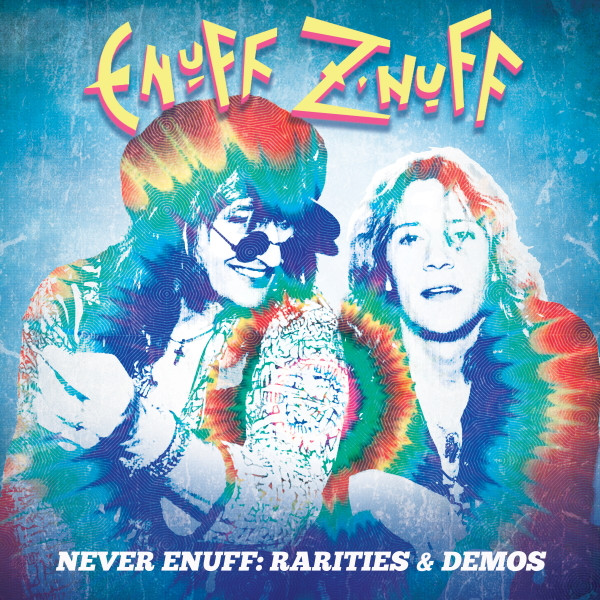 All of the bandâ€™s elements were present in these early days – the Beatles-esque melodies, the dynamic harmonies, and the feel-good, hippy-vibe energy – all of which have served to make Enuff Zâ€™nuff one of the longest lasting acts to emerge from the glam metal explosion. Just give a listen to the melodic rocker â€œBye Bye Loveâ€ that the band shares today on digital platforms. No, itâ€™s not a cover of The Everly Brothers well-known song but its melody is just as effervescent and unforgettable, and but a taste of things to come!

The Never Enuff box comes in both physical formats, as either a 3CD set or 4LP vinyl set with spectacular psychedelic colored vinyl. Both formats include a deluxe booklet featuring numerous rare and unseen photos of the band, many of them shot by veteran photographer Paul Natkin, as well as fan submitted photos from over the years. The bookletâ€™s liner notes were penned by Z’nuff and Vie themselves sharing details about their early struggles in making a name for themselves, defining and refining the bandâ€™s sound, and surviving their hard-partying youth!

Disc 2: Prairie Street
“Temporarily Disconnected”
“The Real Thing”
“Number One”
“Higher”
“Enough’s Enough”
“Why Does It Have To End”
“Million Miles Away”
“Misery”
“Soldier’s Story”
“Valentine”
“Tossed In My Face”
“Maybe Someday”
“Fallin’ In Love”
“Will You Remember”
“1, 2, 3”