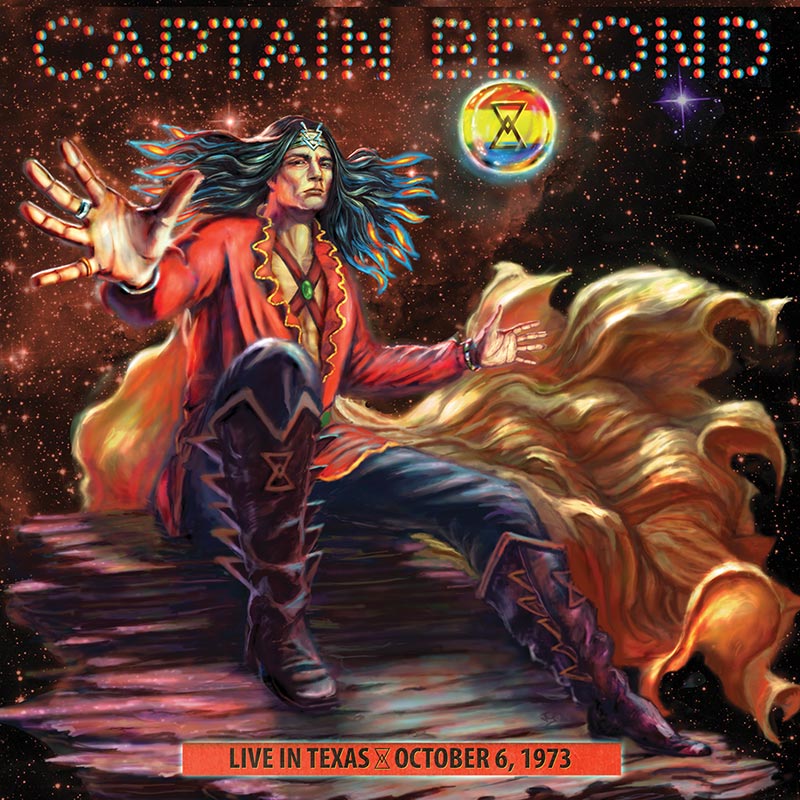 Originally only available as a hand-made fan-club item, Captain Beyond’s 1973 concert with King Crimson became something of a legend — a poorly heard, pieced-together legend. But a legend, nevertheless. This forthcoming reissue shows why.

Featuring former members of Deep Purple, Iron Butterfly and Johnny Winters’ band, the all-star Captain Beyond wasn’t around long enough to match those antecedent bands’ catalog, but — as “Dancing Madly Backwards [On a Sea of Air]” from the forthcoming Live in Texas, October 6, 1973 shows in this exclusive stream — they were just as powerful, and at times far more interesting.

Captain Beyond rose out of the wreckage of Iron Butterfly’s 1971 breakup, with guitarist Larry Reinhardt and bassist Lee Dorman forming the nucleus of this new band with drummer Bobby Caldwell from the Winter group. The addition of Deep Purple’s Rod Evans (whose initial contributions on that group’s first three albums included the hit “Hush”) completed the earliest and best lineup for Captain Beyond.

Despite its big-name members, however, Captain Beyond struggled to find an audience. Their intriguing blend of progressive rock styles simply didn’t mesh with Capricorn Records, who had signed them despite having already become known as a home for Southern rock. By 1973, Captain Beyond had split, but not before this seminal concert performance was captured in Arlington, Texas. Several later incarnations of Captain Beyond followed into the late 1970s, and then there was another reunion in the early 2000s. Both Reinhardt and Dorman, however, passed in 2012.

They’re fondly remembered with this sparkling new edition of Live in Texas, October 6, 1973, due May 21, 2013 from Cleopatra-Purple Pyramid, which features an all-new cover that recalls the original artwork from Captain Beyond’s self-titled 1972 debut as well as new liner notes from historian Dave Thompson.