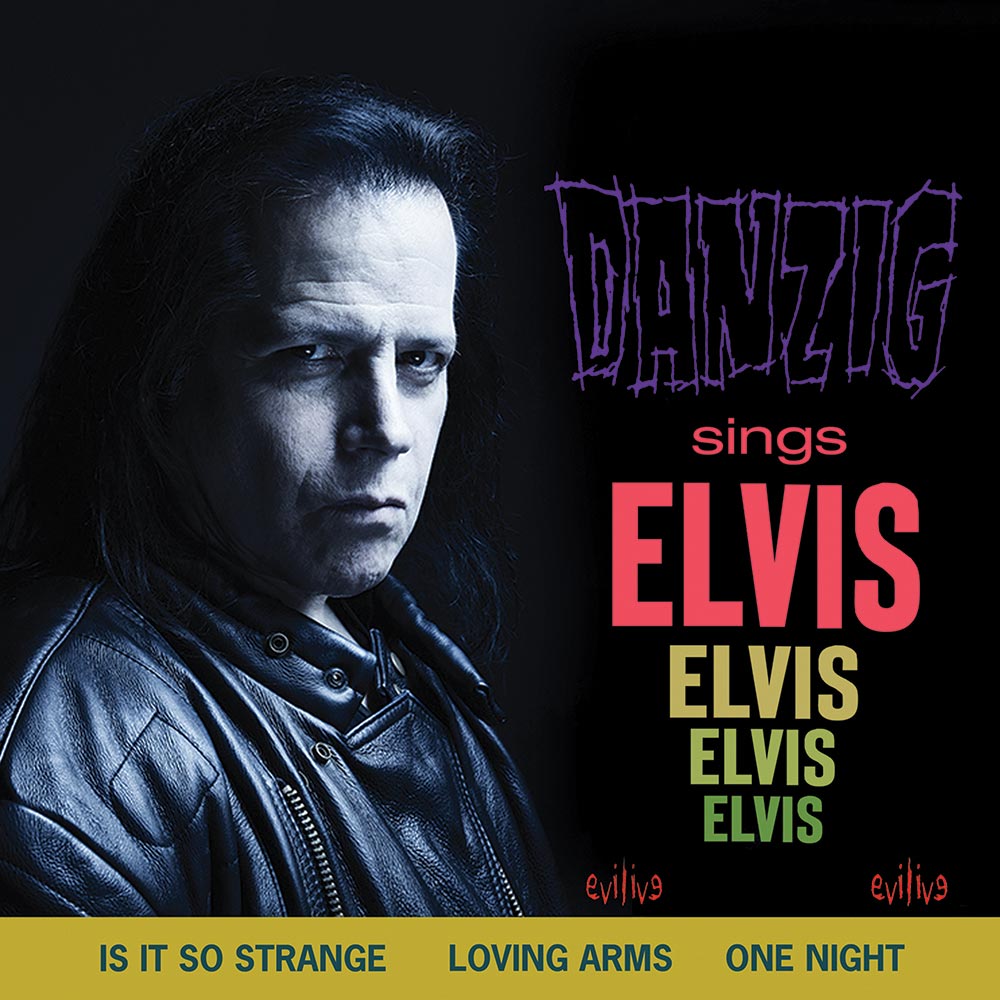 Glenn Danzig is well aware that his fans sometimes call him “Evil Elvis.” “That’s fine,” he says with a laugh. “Anytime someone mentions my name and Elvis’ name in the same sentence, that’s great. It doesn’t get better than that.”

Danzig’s love for the King has been well documented over the years, as he’s covered Presley tracks going back to the early days of his pioneering punk group the Misfits. He famously included an ultra-metallic take on Presley’s King Creole track “Trouble” (“I’m evil, so don’t you mess around with me” are lyrics that sound custom-fit for Danzig) on his Thrall: Demonsweatlive EP in 1993 and another similarly heavy rendition of the Speedway cut (and ’68 Comeback Special showstopper) “Let Yourself Go” on his recent Skeletons covers album.

Now Danzig — who recently unveiled his debut horror film, Verotika — has devoted an entire album to hailing the King. The long-in-the-works Danzig Sings Elvis, due out April 24th, features Evil Elvis’ covers of iconic Presley numbers like “Always on My Mind,” “Baby, Let’s Play House,” and even the distinctly un-Danzig-like “Pocket Full of Rainbows.” What’s most surprising is how faithful his versions are to the originals.

His take on “One Night” — Presley’s foot-stomping rockabilly barnburner, which made it up to Number Four in 1957 — retains all the lustful passion of the original with gently buzzing guitar and as much glorious slap-back reverb as Danzig could find. Never does it drift into metal territory; it’s simply a reverent tip of the pompadour to the King.

Features 14 unforgettable interpretations of well-known Elvis classics and unheralded deep cuts that will thrill fans of both of these kings of rock music!

Highlights include Danzig’s sinister take on “Fever” and a truly haunting version of “Always On My Mind!”

Danzig is no stranger to working with American music royalty having written songs for both Johnny Cash and Roy Orbison!

Available in a special digipak for CD and on vinyl in a deluxe gatefold jacket!

Watch for new Danzig performances happening later this year in support of this release!