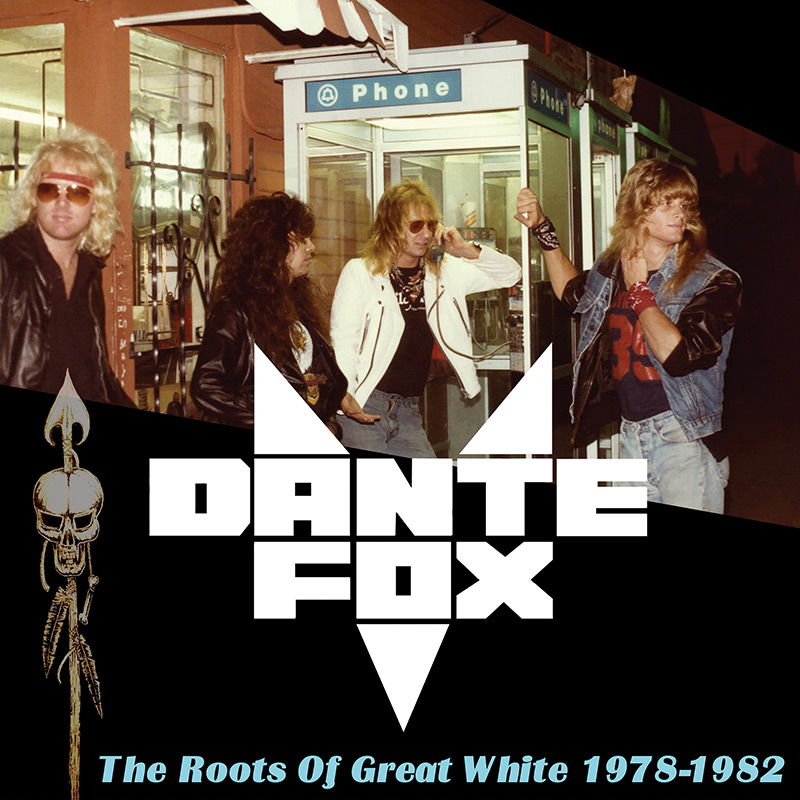 The story of hard rock icons GREAT WHITE, best known for their smash hit singles “Once Bitten, Twice Shy” and “Rock Me”, begins with the meeting of vocalist Jack Russell and guitarist Mark Kendall. The partnership between these two extraordinarily talented artists would go on to produce multiple platinum-selling albums and made GREAT WHITE one of the most fearsome rock outfits to launch out of California’s ’80s metal powder keg. But before Russell and Kendall formed GREAT WHITE, they first came together as DANTE FOX, a short-lived, hard-chargin’ band of young upstarts who banged out original songs written by Russell and Kendall. And now for the first time ever, these early demos are being released to fans and collectors alike on the compilation “The Roots Of Great White 1978-1982”, available on both CD and limited-edition blue vinyl courtesy of Deadline Music, a division of Cleopatra Records, Inc.

This excellent compilation includes songs that would eventually find their way on to GREAT WHITE’s 1984 self-titled debut album such as “In Love” (later re-written as “On Your Knees”) and “Money” (later rewritten as “Stick It”). As Russell himself notes: “Although roughly recorded on eigfht-track tape, the listener will get a glimpse of what was to come. They represent the birth of the band that later became GREAT WHITE.”

“The Roots Of Great White 1978-1982” will be available everywhere records are sold starting October 25.

Includes songs that would eventually find their way onto Great White’s 1984 self-titled debut album such as “In Love” (later re-written as “On Your Knees”) and “Money” (later rewritten as “Stick It”)!

Available on both CD and limited edition BLUE vinyl!