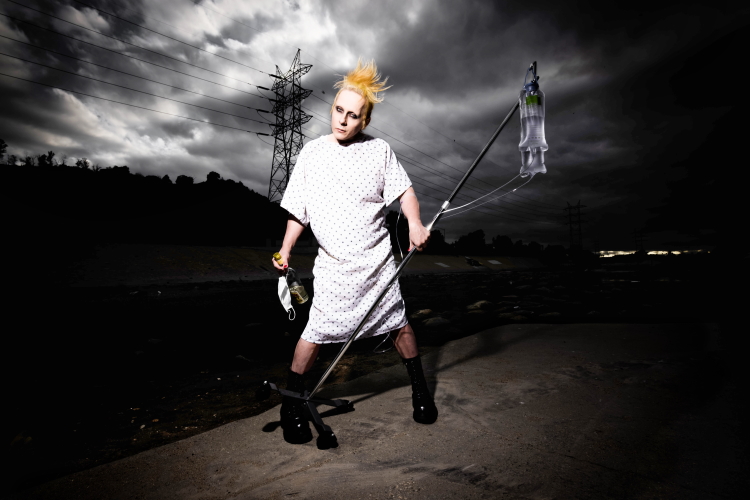 Los Angeles, CA – “The past is never dead. It’s not even past” proclaimed William Faulkner. If anybody knows the truth of this statement, it’s longtime producer/songwriter/musician Tim Skold. After cutting his teeth with metal bands in his home country of Sweden, Skold came into his own with his eponymous industrial metal project, releasing his self-titled debut album Skold in 1996. The album was extremely well-received appearing in major studio films (Disturbing Behavior, Universal Soldier: The Return) and establishing Skold as a one-of-a-kind talent both in front of and behind the mixing board. On the cusp of completing the highly anticipated follow-up album, Skold was recruited by industrial empresario Marilyn Manson to join his band in 2001, touring and producing several albums and singles up to 2008.

From there Skold picked up where his solo career left off releasing more albums under the Skold moniker, but one album continued to linger: the abandoned follow-up album. Sure, several tracks had been leaked and downloaded innumerable times on the internet (at a time when digital music distribution was a wild wild west of piracy a la Napster) but the album seemed to be a piece of Skold’s past that refused to die, or even stay past. So, the artist got to work on finishing the mythic Dead God album (also known as Disrupting The Orderly Routine Of The Institution), mastering the album from the original full resolution mixes, and is now set to release it on all formats on April 15. This set crackles with turn of the century digital fury and paranoia, sounding as fresh today as it was groundbreaking then!

By way of previewing the album, the lead off track, “Don’t Pray For Me,” is being released to all digital platforms.

Expect to hear more from Skold this year as rumors that he is once again collaborating with Marilyn Manson have been confirmed. The two are also contributing to the new Ye album Donda 2. So pre-order your copy of Dead God before they disappear again!