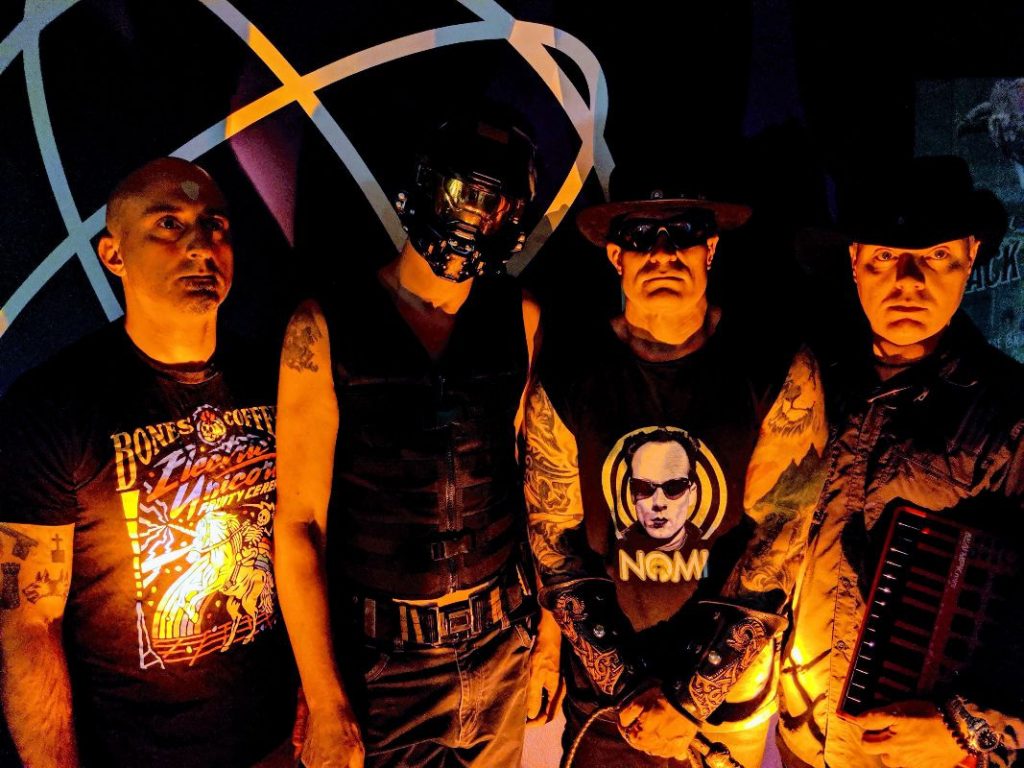 Industrial rock band CHMCL STR8JCKT are pleased to announce their recent signing to iconic label Cleopatra Records. Wrtchd Thngs will be available on CD and digital formats on August 16, 2019. The album was produced by John Bechdel (keyboardist of Ministry, ex-Fear Factory, ex-Killing Joke). For fans of: KMFDM, MInistry & My Life With The Thrill Kill Kult

“I’ve had the new CHMCL STR8JCKT album running on repeat since I got it in my hands. Finally an industrial album I really can relate to instantly. Harsh but with melodies and great lyrics. A must have for a lover of old-school industrial with passion, balls and heart.” – Claus Larsen (about the self-titled debut)

“With their sophomore release, “Wrtchd Thngs”, Chmcl Str8jckt doubles down on their hard driving old school industrial rock. This album is raw, pulsing, and seething. From the infectious guitar on “Ode to Pekinpah”, to the pulse-pounding Baphomet, to the guttural Black Vulture, there is something for every industrial lover.” – Brian Fitzpatrick, author of Sci-fi thriller “Mechcraft”

“it’s been amazing to see the band grow into this unstoppable force and to see them create some of the best music I’ve heard in years.” – Steve Thomas-Green, DJ Ghost Wave Radio

Stream + Add To Your Playlist Today +