Interview: Down By Law Talk About Their First Live Studio Recording 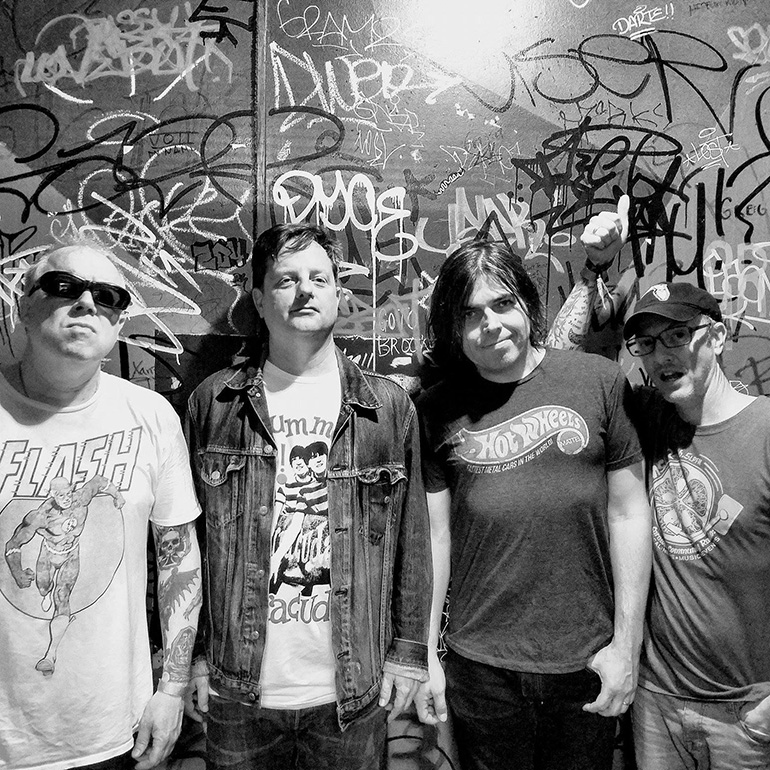 After the release of Down By Law’s first live studio recording, Quick Hits: Live in Studio (Cleopatra), we spoke with Dave Smalley about all facets of the impressive album. He also got into his own busy schedule juggling Down By Law (who’ve been around now for 30 years!) and his two other current bands Dave Smalley & the Bandoleros and Don’t Sleep.

Just about how the whole concept of the record came about… It must’ve been hard selecting songs since you have so much material to choose from.

It was interesting because it was pretty pain-free. I just talked to Sam [Williams, guitarist/songwriter] and said, “Pick whatever you want, but I would like to do a couple of old ones or ones that are hard to get or ones that we love that we never got to do live.” So we did “Johnny Law” is a great song, which we never did live I don’t think ever. And we did “D.C. Guns” which was a single back in the Stone Age of DBL in the early-’90s. So we did stuff we’d never gotten to do live or not doing very much because we wanted to make it a little different. You have to do some songs, like “Gruesome Gary” or you’ll be killed by an angry mob, you know. You have to do – I don’t know what else, but…

“Punk Won.”
Oh, “Punk Won!” That’s one we stopped playing – we recorded that for Punkrockacademyfightsong then we played it pretty hardcore for the first year or two. Then because it’s a real voice shredder, it’s hard to do every night on tour so if you’re out on tour for six weeks or something it’s a pretty hard one to do. So just for ease of vocal stress we knocked it off the set for a long, long, long time, decades. Then recently – we don’t really do full tours anymore like we used to do so now it’s back in the setlist. It’s OK to do two or three nights in a row. But it’s great to do it again.

You mentioned “D.C. Guns.” That’s such a great one, like you said, more obscure…

It’s on a single. I forget what label it’s on, a little independent label we did with a friend of mine producing, and Chris Shary did the artwork. A 7” vinyl single, and on one side, if I’m remembering this all right is “D.C. Guns” and the other side we did a cover of “Get Up, Stand Up,” by Bob Marley with Pete Stahl from Scream doing guest vocals. So that was super, super cool, that whole experience. That was one of my favorite songs; I really loved the words there and the vocal melody of that one. It feels great to have recorded it again and a lot more people now can hear it.