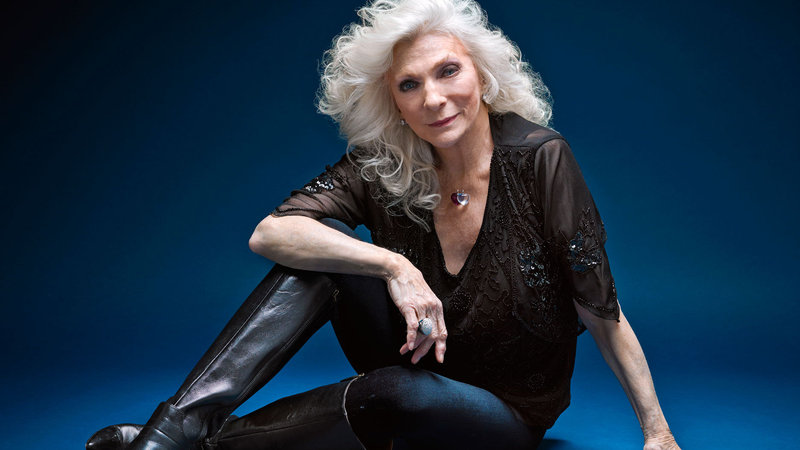 Judy Collins earns her first career No. 1 on any Billboard chart, more than 55 years after she first reached a ranking.

Collins, 80, adds her long-awaited first No. 1 to an already robust history on the charts.

Her 1968 LP Wildflowers reached No. 5 on the Billboard 200, her lone top 10 of 18 appearances to-date. The most iconic track from Wildflowers, Collins’ rendition of the Joni Mitchell-penned “Both Sides Now,” rose to No. 8 on the Billboard Hot 100, her sole top 10 among 10 entries.

Collins recently told Billboard that Winter Stories is more of a winter-themed project than Christmas-specific. “Winter lasts a lot longer than Christmas does, that’s for sure,” she said with a chuckle.

The album includes “Highwayman,” which was written by Jimmy Webb and originally recorded by the Highwaymen supergroup, which comprised Johnny Cash, Waylon Jennings, Kris Kristofferson and Willie Nelson. Their version topped Hot Country Songs in 1985.

The set also sports new versions of the Mitchell-written “River,” as well as the Collins compositions “The Blizzard” and “Mountain Girl,” which she originally released on her albums Fires of Eden in 1990 and Shameless in 1995, respectively.

Blending folk, bluegrass, country and traditional music, these three powerhouse musical figures have crafted an unconventional holiday release centering on wintry vignettes rather than carols and hymns yet it carries the spirit of the holidays throughout!

Fjeld and CCL have toured together and recorded two albums together both of which went gold in Norway!