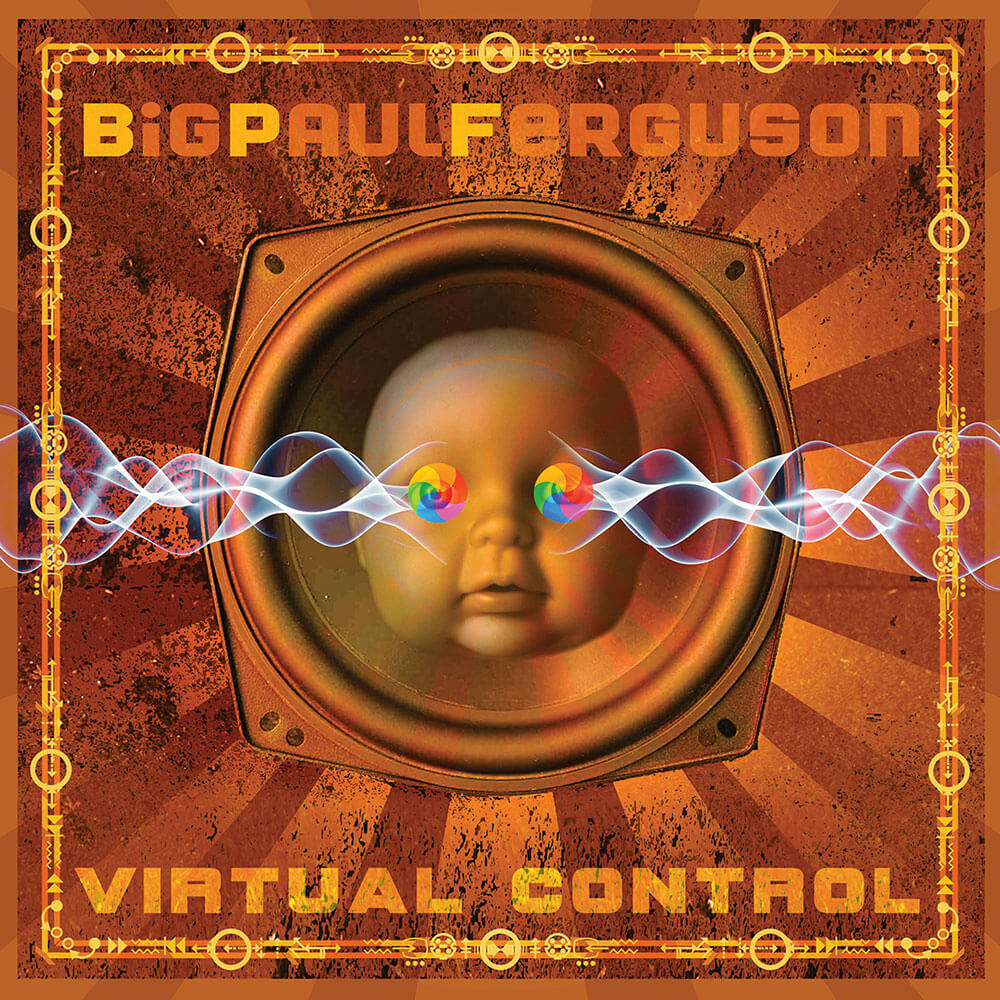 Los Angeles, CA – Post-punk icons Killing Joke have made a career out of courting controversy and challenging audiences, from their politically-charged album covers, like the Wardance 7â€ which depicted a debonair Fred Astaire dancing in a warfield riddled with dead bodies, to lyrics barbed with stinging social commentary. Not as well known, however, is that many of these ideas came not just from KJ frontman Jaz Coleman but also from co-founder and percussionist Big Paul Ferguson. Indeed, since the bandâ€™s inception, Ferguson has been a main contributor to the songwriting and themes behind Killing Joke. So when it came time for Ferguson to create his very first solo album, itâ€™s not surprising that he would dedicate its 10 original tracks to chronicling the afflictions of modern society.

Take, for instance, â€œThe Unraveling,â€ the third track from Fergusonâ€™s brand-new album, Virtual Control, which is released today via Cleopatra Records. The song recreates our distinctly modern condition of being inundated with mindless commands and digital instructions â€œSwipe left swipe right / Scroll up scroll down / Click here click there / Watch the little wheel spin round / And round and round.â€ As Ferguson suggests, these seemingly innocuous tasks serve not only to distract us from the inequities in society as a whole but to remove any agency by which the status quo could be challenged, singing â€œThe worldâ€™s gone crazy / Thereâ€™s so much wealth / Flushed down the drain / But soâ€™s my mental health.â€ Together with co-writer and guitarist Mark Gemini Thwaite, who also mixed the track, Ferguson has crafted a compelling song that is both a social and musical statement, one that is certain to resonate with fans of Killing Joke. Accompanying the song is a visual tour de force of a video from award-winning video director Vicente Cordero (Industrialism Films).

Ferguson shares these thoughts on the video and single, â€œThe seemingly endless months where most of our interactions were online, were filled by a bombardment of images and disparate messages where the truth of anything became a fiction in itself.

Living our lives online, we have become marionettes pulled every which way by the latest catchphrase or trend.

I hope this song and video shed a little light on the larger forces at work.â€