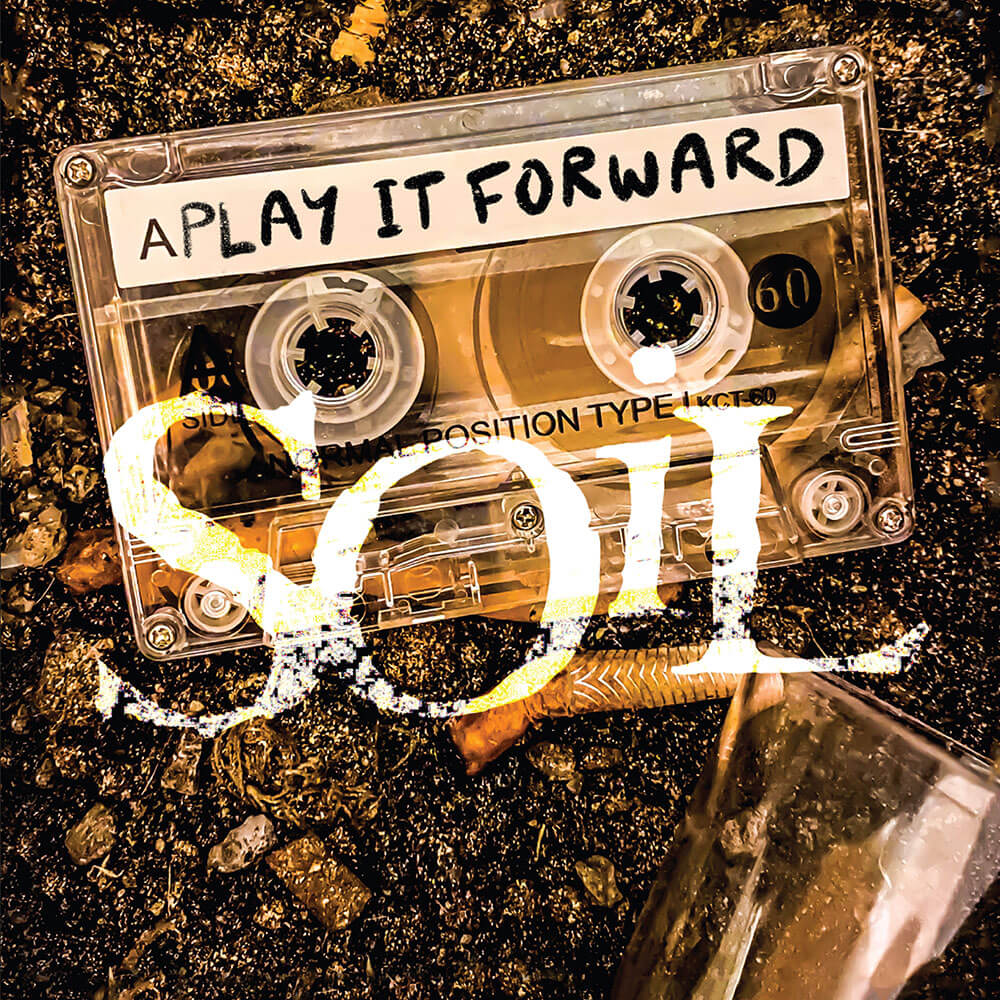 Los Angeles, CA – Chicago’s hard hitting rock quartet SOiL are well into their third decade of their incredible music year career. Beginning with their blockbuster major label debut album, 2001’s Scars, which featured two monster hit singles, “Halo” and “Unreal,” SOiL have maintained a devout following by focusing on what they do best, writing and playing some of the most visceral and melodic rock by any modern band on the scene!

Now these veterans are giving their fans a special treat – a new studio album, entitled Play It Forward, consisting of some of the songs that inspired them throughout the years. They’ve already previewed two of the album’s songs, releasing their version of Neil Young’s anthem Rockin’ In The Free World” as well as the Foo Fighters cover “Monkey Wrench,” in honor of drummer Taylor Hawkins. And much more is in store including covers of White Zombie, The Ramones, Leadbelly and more. Today, the band is proud to share an absolutely ripping version of Halsey’s “Nightmare,” accompanied by a suitably sick and twisted music video!

SOiL bassist Tim King adds, “When we were approached by Cleopatra Records with the idea to record a covers album it seemed both exciting and challenging. Outside of the song ‘Black Betty’ we have never really covered any songs before. This gave us a chance to explore some songs we enjoyed growing up on and also taking songs that were never intended to be Hard Rock or Metal and put our own spin on them. It proved to be quite the challenge with our down tuning and figuring out all the different parts and effects in the original versions that you never quite notice during casual listens. The songs we thought were going to be super easy turned out to be the most challenging. In the end we were very happy with the way it all came out and we feel it will give the SOiL fans something to enjoy and have fun with. That was our main goal. To do something fun in the wake of all the horrible things that have been going on in the world.”

Pre-order the CD/Vinyl
Pre-order/pre-save the digital