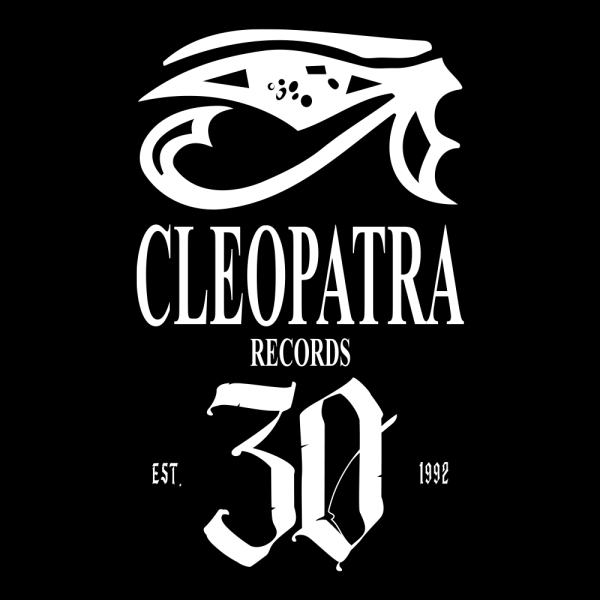 One of the largest and longest lasting independent record labels in existence, Cleopatra Records, are celebrating their 30th anniversary this year. What began in 1992 as a small operation out of the garage of founder Brian Perera has since grown into a family of labels representing one of the most diverse catalogs that encompasses a variety of genres with an emphasis on unique and experimental artists. In a time when most small record labels either die out or get bought by a major, Cleopatra Records has managed to survive and thrive as a privately owned entity deftly navigating the seismic shifts in the industry that have caused so many labels to founder.

Primarily known for ushering in the second wave of Gothic and Industrial music with an eclectic roster of artists including Christian Death, Front Line Assembly, Leæther Strip, Rosetta Stone and Corpus Delicti, Cleopatra Records has also been a vital force in promoting underground and British punk rock bands such as The Vibrators, UK Subs, and The Damned as well as ‘80s metal and pop acts like by Quiet Riot, Berlin, Warrant, Missing Persons, Poison’s Bret Michaels and L.A. Guns. In recent years, the Cleopatra label group has expanded in a variety of directions, working with hip hop artists DMX, Vanilla Ice & Onyx as well as iconic artists such as Sly Stone, William Shatner and most recently, the multi-talented Ann-Margret. The label has also become the home label for folk music institution Judy Collins as well as recent Rock Hall Of Fame inductee Todd Rundgren, cult hero Misfits/Danzig singer Glenn Danzig and the new electronic project, Priest, featuring former members of Ghost.

The label will be officially commemorating their anniversary with a special concert event taking place at City Winery in Nashville, TN on May 10. The celebration is to be co-hosted by Cleopatra’s longtime digital distributor, and one of the fastest growing companies in the music industry, The Orchard, who are themselves celebrating an epic 25 years in the biz. The event will feature live performances from Judy Collins herself as well as 3-time Grammy nominee country artist Lorrie Morgan (who has released 2 albums with Cleopatra) and local singer-songwriter Leah Marie Mason.