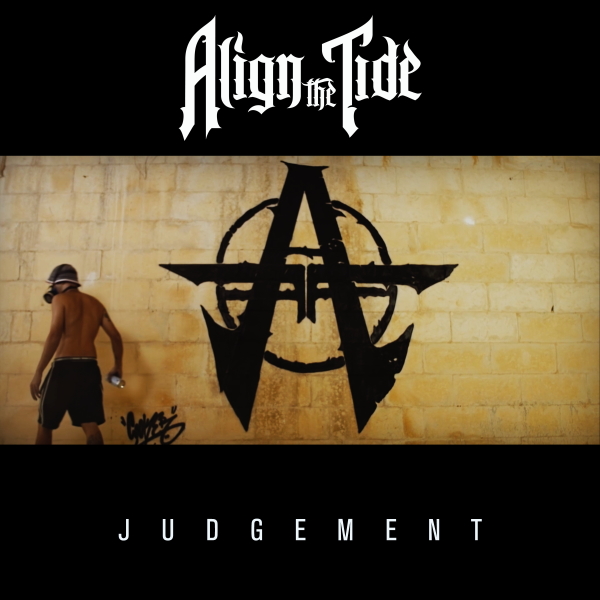 Los Angeles, CA – In 2019, the metal world was introduced to Align The Tide, a brutally heavy, technically dazzling new group from an unlikely locale, the beautiful, sun-soaked Mediterranean country of Malta. The quartet released their debut album Dead Religion with mega-indie label Cleopatra Records that year and quickly gained a solid following thanks to a superior combo of monster riffs, thundering drums and dark, heavy lyrical themes. Today, the band returns with an even fiercer sound, a newly expanded line-up and a brand new single, â€œJudgement.â€ Now a five-piece, ATT have brought onboard another guitarist as well as a new vocalist who hails across the sea from the state of Texas, USA. Together, this devastating quintet are set to attract attention worldwide as they prepare for a new full-length release coming in 2022.

The band shares these thoughts on the new single, â€œâ€˜Judgementâ€™ is a well-produced & proper introduction into what ATT has planned for the future: very catchy rhythms, harsh riveting vocals, killer breakdowns and everything else in between. We all hope that you will enjoy this euphonious masterpiece!â€

Fans can stream the single and get their first glimpse at the newly revitalized ATT in the video for â€œJudgement!â€