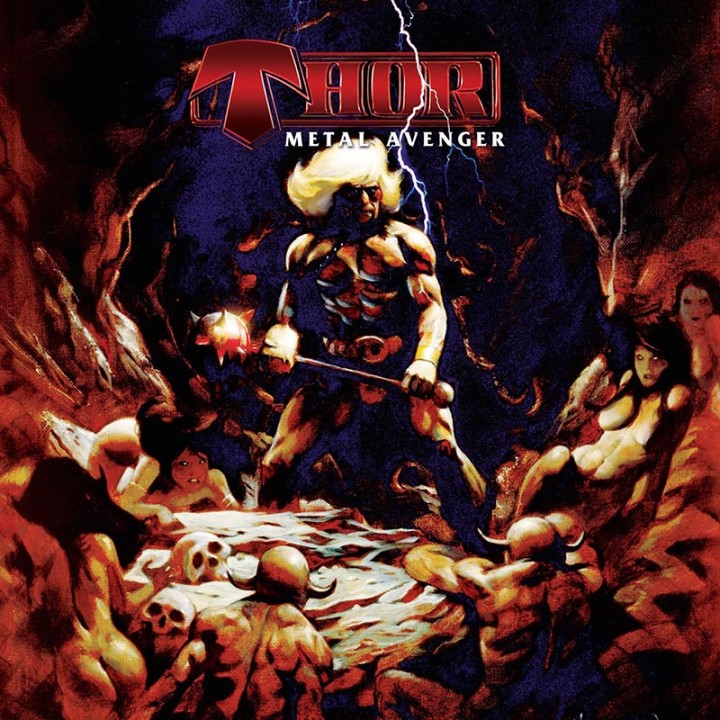 After a year that saw a deluxe reissue of his career-launching 1983 album Unchained as well as seeing his life’s story retold in the documentary film I AM THOR, which has been picking up awards at such prestigious film festivals as Slamdance and Fantasia Fest, metal legend Jon Mikl THOR is capping off one of the biggest years of his career with the release of his newest studio album Metal Avenger on October 30! Joining the metal savior on this epic recording is a slew of luminaries from both the rock and punk worlds including powerhouse vocalist Henry Rollins, Motörhead guitarist Fast Eddie Clarke, Dead Boy Cheetah Chrome, Twister Sister axeman Jay Jay French, Christian Death guitarist Rikk Agnew, D.O.A.’s own Joey Shithead plus Ritchy Stotts of Plasmatics, Betsy Bitch and many others! The album will be available on both CD as well as a limited edition “blood red” vinyl pressing courtesy of Deadline Music!

“This is my most ambitious and best album in the history of my career,” THOR states boldly. Reteaming with producers Bruce Duff (Twisted Roots) and Frank Meyer (Streetwalkin’ Cheetahs), the group began writing new material and “came up with the concept of the ‘Metal Avenger’ whereby each song represents THOR’s quest to overcome the overlords of the planet Psykon and free the slaves on the master ship. There is adventure, intrigue and love in the lyrics and story. But most of all there is strength in the music. These songs are HEAVY yet melodic.” Recording took place at Kitten Robot studios with engineer Paul Roessler (The Screamers, 45 Grave) behind the board. Speaking of his guest performers, THOR offers, “I was very fortunate to perform with these incredible musicians who are each superhero characters in their own right. With my Comrades of Metal, I feel more powerful than ever!”

Check out the world premiere of the “Metal Avenger” video at Metal Hammer starting Friday!
http://metalhammer.teamrock.com/features/2015-10-23/thor-heavy-metal-s-first-superhero

Catch Thor perform live along with screenings of his documentary at these following locations:

THOR originated in the early ‘70s with body building champion and former Mr. USA Jon Mikl Thor, and quickly gained a devout following thanks in part to the band’s elaborate and supremely entertaining live shows, which frequently featured Jon performing not just outstanding anthems of metal but also astounding feats of strength – bending steel bars with his teeth and exploding water bottles with his lungs! Jon would go on to appear on the Merv Griffin Show, which led to the licensing deal with RCA in late 1976 and the release of their debut album Keep The Dogs Away the following year. But it wasn’t until the group’s 1984 EP Unchained and the follow-up full-length album, Only The Strong, that Jon Mikl & Co. really began to flex their muscles. Those releases contained the now classic songs such as “Lightning Strikes,” “Anger,” “Let The Blood Run Red” and “Thunder On The Tundra,” which earned the band a truly international following. Through the years that following has grown and solidified as new generations of classic metal heads discover the awesome power of the mighty THOR!

Get the new Album!