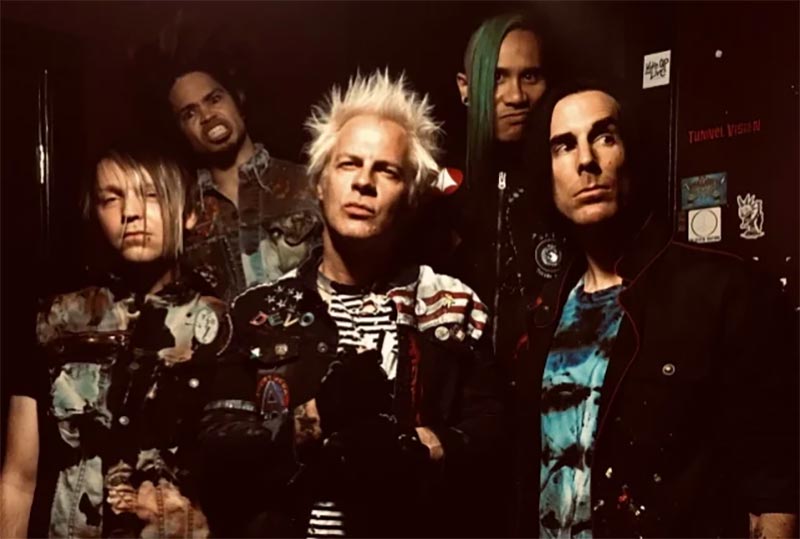 A teaser for POWERMAN 5000‘s music video for the song “Brave New World” is available below. The full clip will be released on August 12.

“Brave New World” is taken from the industrial metal veterans’ new album, “The Noble Rot”, which will be released on August 28 on digital, CD and vinyl via Cleopatra Records.

In early June, POWERMAN 5000 released a music video for the first single from “The Noble Rot”, the goth club-inspired “Black Lipstick”. The song is a loving homage to dark 1980s music like DEPECHE MODE, THE CURE and SIOUXSIE SIOUX, heavy on atmosphere and bass with frontman Spider One sneering melodically of a fly-by-night romantic encounter.

Spider said: “I believe this was the first song we wrote for the album. It kind of laid the groundwork for the sound of the whole record. Kind of more experimental and electronic than the previous one. I think I may have been trying to channel Peter Murphy with the vocals.”

“Tonight The Stars Revolt!”, POWERMAN 5000‘s second album, was released on July 20, 1999 by DreamWorks Records. It has sold over one million copies and achieved platinum status on the back of such hits as “Nobody’s Real” and “When Worlds Collide”.

Welcome to the Brave new world, the same as the old scared world! #powerman5000 pic.twitter.com/7vRj48sPgV