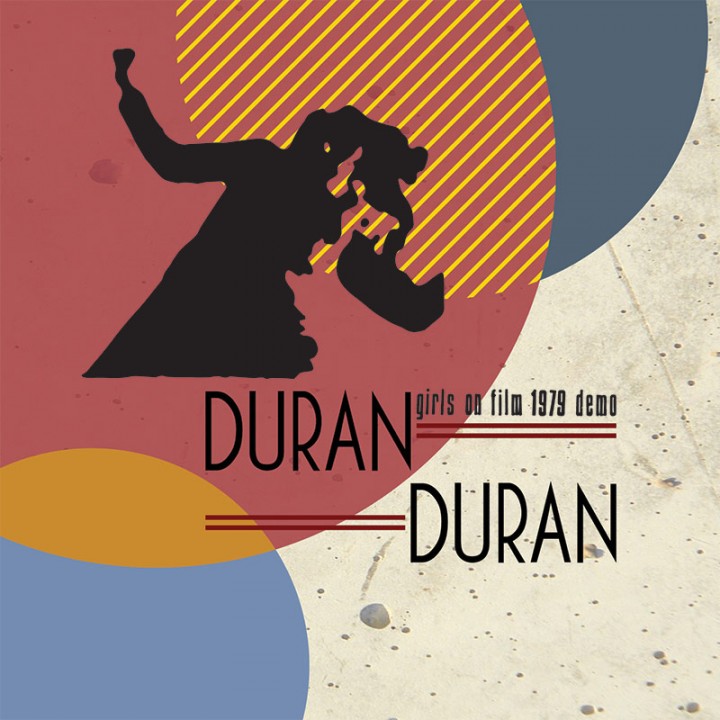 Duran Duran are having a critical renaissance right now with the recent release of their acclaimed album Paper Gods, so there’s no better time to reexamine the Birmingham boys’ rich legacy. Now Cleopatra Records is officially releasing a fascinating artifact from the band’s pre-Simon Le Bon days: a rare EP of 1979 demos, featuring core members John Taylor (on guitars), Roger Taylor, and Nick Rhodes along with early vocalist Andy Wickett, who served in the band for a year and a half before Le Bon joined in 1980.

The recordings come from Wickett’s own archive of demos, and Yahoo Music is excited to officially premiere the Wickett-penned, prototype demo version of “Girls on Film” here.

Speaking with Yahoo Music, Wickett recalls the surprisingly unglamorous origin of the classic New Romantic track – the much grittier post-punk version of which, heard here, has little sonically in common with the glossy recording that eventually ended up on Duran Duran’s 1981 debut album.

“I was working at Cadbury’s Chocolate factory in Birmingham and came up with the chorus melody while I was at work on the pan wash,” Wickett recalls. “I kept the tune in my head until I got home. The Durans were rehearsing in my room, and later that day I showed them the chords and asked Nick to play the melody on his new string synth. I found the words ‘Girls on Film’ in one of my notebooks and fitted them to the melody.

“The lyrics were dark and influenced by imagery from old black-and-white movies like Sunset Boulevard and Whatever Happened to Baby Jane?, showing the darker and often more tragic side behind all the glitter and glamour of Hollywood. It’s the complete opposite of the Duran’s happy, prosperous view.”

Wickett says he departed Duran Duran voluntarily, because he “was getting into dub reggae at the time and wanted to go more in that direction.” Later, he remembers, he realized Duran Duran “were going places when Nick phoned me from London after they had played our demo to the big labels. Nick said EMI liked my voice and were interested in signing us if we could write more songs like ‘Girls on Film.’”

But Wickett insists that he harbors no regrets – even though he claims he directly influenced Le Bon’s distinctive vocal style (“I used to go to the Rum Runner club where they rehearsed; Duran’s managers used to pay me to teach Simon to sing like me”) and admits, “It was hard because they never gave me credit for my contribution. They used to come and watch my new dub band with their managers and they again copied my ideas. It’s a worthwhile achievement to have written a few hit records, though.” (Wickett also says “Stevie’s Radio Station,” a song by his pre-Duran band TV Eye, later became the basis for the smash hit “Rio.”)

While Wickett jokes, “Of course [Duran Duran] would have been much bigger and better with me writing and performing with them!,” he doesn’t consider himself to be the Pete Best of new wave. “I am glad I left, because I have had some fantastic experiences in music and have been able to explore a wider range of music that I wouldn’t have had I stayed with Duran Duran,” he says. (Wickett continues to make music today, and his band World Service even opened for dates on Duran Duran’s 1996 tour, which was the last time he was in contact with “the Durans.”)

As for the stark, punky 1979 demos – which include “See Me Repeat Me,” “Reincarnation,” and “Working the Steel,” and have circulated among superfans via bootlegs, CDRs, and cassettes over the past decade – Wickett says, “The comments I’ve had so far are that people like the rawness of the sound. I only had about an hour to record all the vocals and was still finishing off writing the lyrics and melodies while I was in the studio. So it’s very rough and ready – as opposed to the commercial version, which had a lot of time and money spent on it and was very polished.”

And as for his own opinion of the ‘70s-era Duran Duran versus the MTV version that became world-famous, Wickett says, “I preferred them when they were darker and edgier… I liked a few of their singles from the early days, as they were more my style, but I didn’t really enjoy their albums much. They were a bit too smooth for me.”

The Girls on Film (feat. Andy Wickett) [1979 Demo] EP will be out April 1. Completist Duranie collectors can pre-order for vinyl, CD, and digital HERE, or on iTunes HERE.

The Rare Debut Recordings with The Original Version of Girls on Film!

Includes the original version of the smash hit single “Girls On Film” plus “See Me Repeat Me,” which would later become “Rio,” and 2 other songs that the group shopped around to various labels, eventually signing with EMI!

Available on both CD and on stunning clear colored vinyl!