Psychobilly Icons THE METEORS Release Part 2 Of Their Double Album, THE CURSE OF BLOOD N BONES! 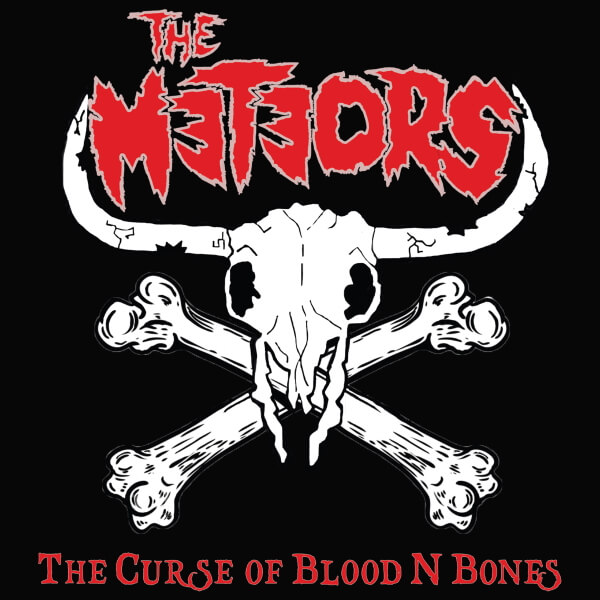 Meteors fans all over the world have been going wild over the bandâ€™s newest studio album, Skull N Bones, the rollicking first half of a double album the group has planned for this year. And now The Meteors are set to unleash the smoking hot second half, The Curse Of Blood N Bones! Founding vocalist/guitarist P. Paul Fenech continues to showcase both his impressive writing skills with new original songs such as the killer â€œQueen Of Zorch,â€ recently featured in the soundtrack of the post-apocalyptic thriller Scavenger, â€œHaunted,â€ and â€œLittle Hellcatâ€ as well as superb cover versions of classics â€œ(Ghost) Riders In The Sky,â€ Kipy Tylerâ€™s 1957 favorite â€œSheâ€™s My Witchâ€ and a brilliant version of the hilarious â€œGuilty As Chargedâ€ song from the Walk Hard: The Dewey Cox Story!

The Curse Of Blood N Bones will be available as a limited edition red vinyl as well as on digital music platforms everywhere starting July 9!