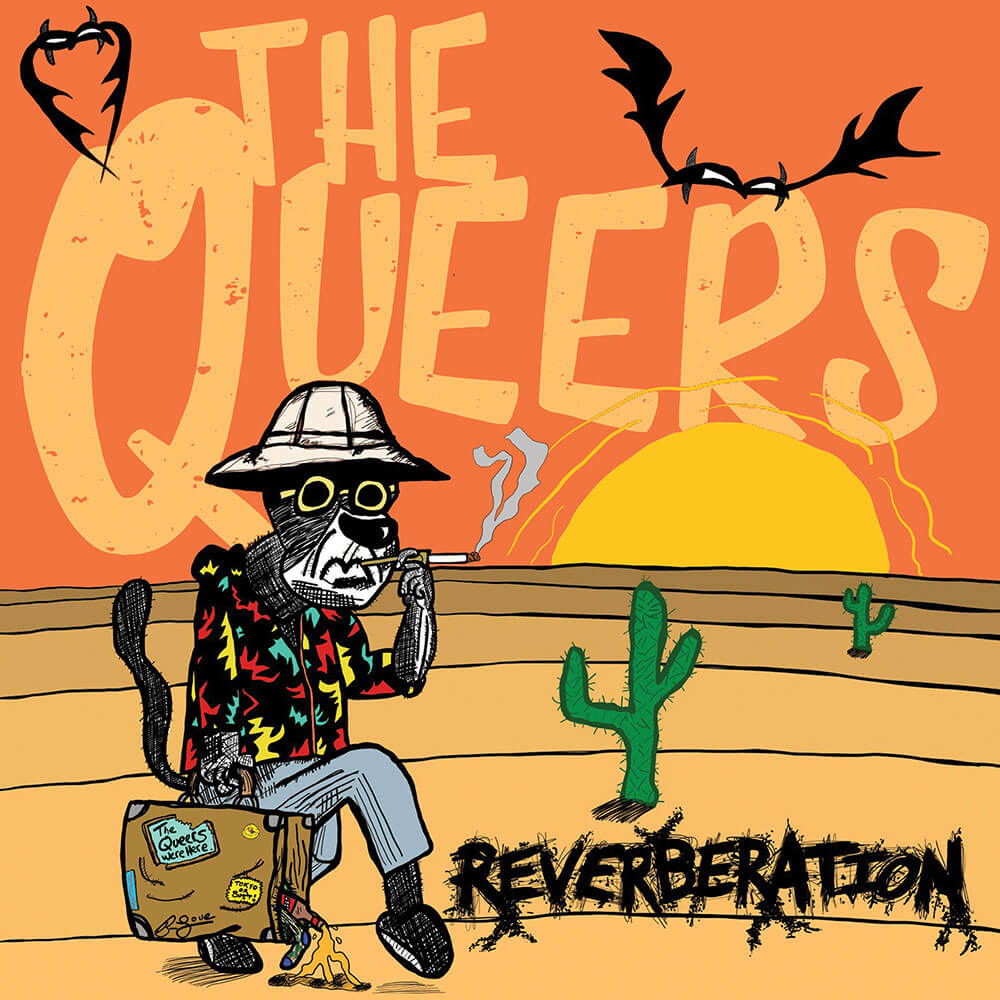 Los Angeles, CA – Theyâ€™re HERE! Theyâ€™re THE QUEERS! Get used to it! Or donâ€™t, the band doesnâ€™t really care either way. In fact, since their formation in 1981, The Queers have made a career out of upsetting conventions and norms across political, social and musical spectrums. Under the leadership of founding vocalist, Joe Queer, the band have blazed their own path through 4 tumultuous decades, crafting a persona of fun-loving troublemakers while at the same time creating music that was undeniably vivacious, hooky and in-your-face passionate. And while the bandâ€™s lyrics were always admittedly juvenile and flippant, the vocal melodies and harmonies that sang those lyrics were always complex, intricate and (dare we say) mature, earning the band what is perhaps the single highest praise attained by any band of the last century when Larry Livermore of Lookout! Records described them as â€œThe Ramones meet The Beach Boys.â€

Itâ€™s the latter act, along with their early rock peers, that takes the spotlight on The Queers newest album of retro cover songs, Reverberation. Set for release on September 24, Reverberation is Joe Queer & Co.â€™s trip through some of rockâ€™s foundational songs like the aforementioned Beach Boysâ€™ â€œBe True To Your School,â€ The Whoâ€™s â€œThe Kids Are Alright,â€ The Cloversâ€™ â€œLove Potion #9â€ and not one but two tunes made famous by another fun-loving group whose adolescent antics belied their musical maturity, The Monkees. The classic â€œ(Iâ€™m Not Your) Stepping Stoneâ€ and the exquisite â€œValleriâ€ both appear on the album and, today, the band happily shares â€œValleriâ€ on all streaming platforms as a preview of whatâ€™s to come on the full album.

The first ever covers album from one of the finest and longest lasting American punk bands around today, The Queers!

Reverberation will be available on both digipak CD and on colored vinyl in your choice of either ORANGE or YELLOW with original artwork and a full-color printed inner sleeve!

Order the CD/vinyl
Pre-order/pre-save the digital