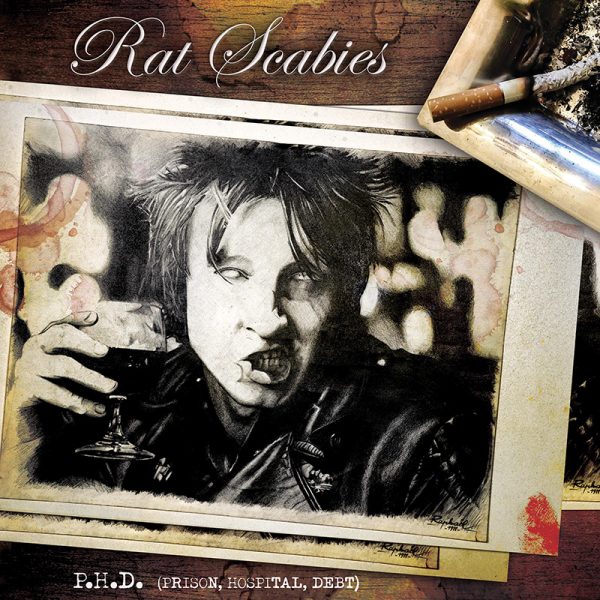 Cleopatra Records is releasing the first-ever solo album from Rat Scabies, legendary co-founder of punk rock icons The Damned! P.H.D. (PRISON, HOSPITAL, DEBT) features 11 original tracks and 1 Louis Prima cover tune recorded over the course of several years! Available on both CD and on vinyl with a choice of red or white vinyl!

Christopher John Millar, known by his stage name Rat Scabies, is a musician best known as the original drummer for The Damned. His solo work outside the Damned includes a cover version of Bob Dylan’s “This Wheel’s on Fire,” credited to Rat & The Whale. In 2003 Millar formed a short-lived outfit called the Germans with Peter Coyne and Kris Dollimore, originally from the Godfathers. In recent times, he has played with Donovan, Nosferatu, ska legend Neville Staple (formerly of the Specials) and his band, Dave Catching (Eagles of Death Metal), Chris Goss, the Members, the Mutants, the Spammed, Urban Voodoo Machine and Jane Horrocks. He has also worked as a producer, including with Flipron and Ebony Bones.