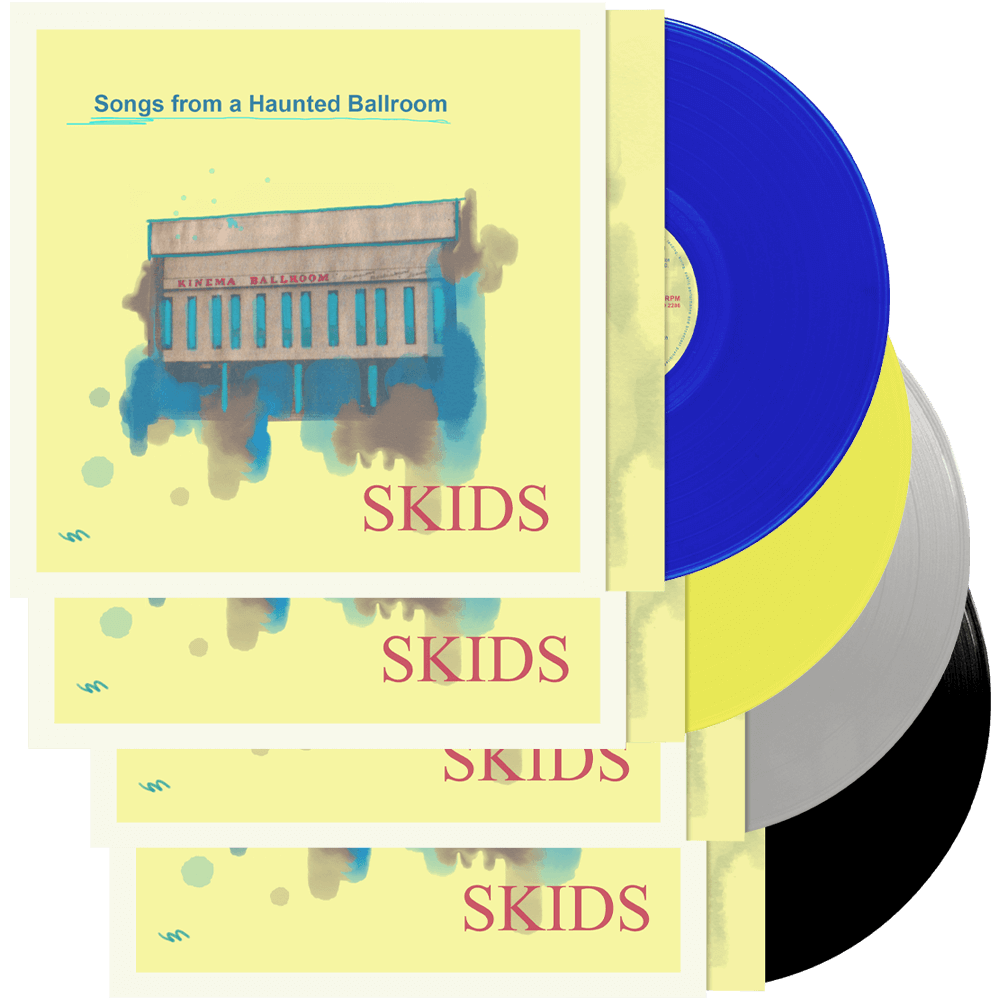 Veteran punk rock outfit Skids have returned with a powerful new studio album that pays tribute to the bandâ€™s hometown venue, the historic Kinema Ballroom in Dunfermline, Scotland. Both a live venue as well as a traditional dance club, the Kinema became a musical and cultural epicenter for the youth in Scotlandâ€™s Fife province especially during the late â€˜70s, early â€˜80s punk rock movement. It would also became the home venue for Skids who played numerous shows at the Kinema as both a support act for such legendary bands as The Clash as well as the headliners for multiple sold-out events.

Now, Skids take a walk down memory lane, performing songs by the bands who influenced them in those early years. Songs From A Haunted Ballroom includes unique and superbly arranged new versions of tracks by The Clash, The Adverts, Ultravox, Sex Pistols, and Magazine PLUS new versions of their own early hits â€œInto The Valleyâ€ and â€œThe Saints Are Coming!â€

Today the band unveils the first single from the album, a supercharged version of Ultravoxâ€™s â€œYoung Savage.â€ Skids vocalist Richard Jobson shares the unexpected influence that the stylish, distinctively British new wave band Ultravox had on Skids, saying â€œJohn Foxx of Ultravox was cool, handsome and wrote poetry rather than lyrics. He made it ok for the rest of us to be a bit arty. â€˜Young Savageâ€™ was a massive hit in the Kinema.â€

â€œIâ€™ve loved working on this album,â€ Jobson continues, â€œIt reminded me of those early cathartic days, and of course where I came from. The place that made me what I am. I would like to dedicate the album to all of the Punks and Ghosts from the day of The Kinema who like me had their life transformed through a love of music.â€

Songs From A Haunted Ballroom will be available on both CD in a deluxe 6-panel digipak and colored vinyl in a gatefold jacket as well as on digital platforms everywhere starting June 4!

Pre-Order the CD & Vinyl
Pre-order the digital Album
Back