Sheltering Sky – Army of Me (Review) 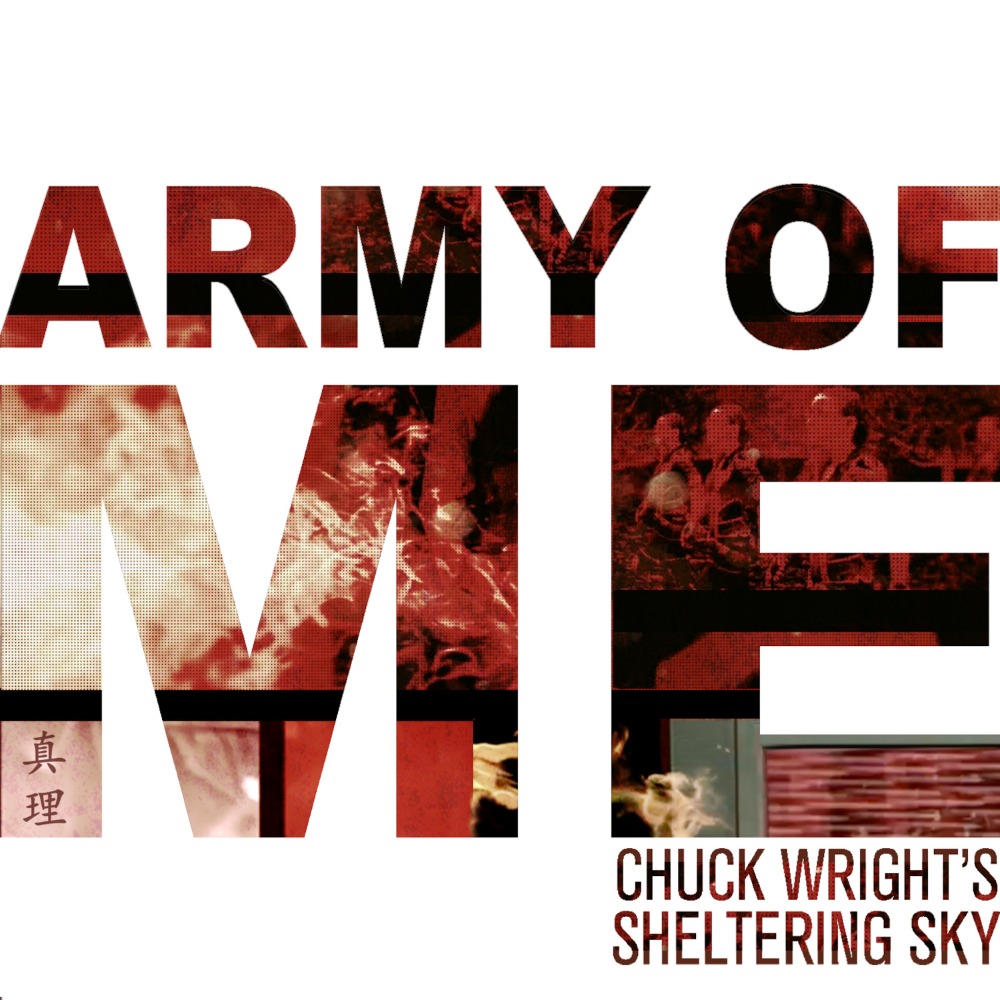 In 1995, Bjork released her second solo album, Post. It featured a song called Army of Me. It was a personal song for Bjork that featured heavy synthesizer and a John Bonham sampled drum beat. In 2005, Army of Me was covered by various artists for a charity record. Flash forward to 2021, another artist and project is giving Army of Me a new look.

I’m not sure I understand why people are so eager to cover Bjork. Anytime an artist covers a song, being compared negatively to the original is a real fear, especially when being compared to Bjork. She is pure inspiration, original, and beloved by most every music fan…..oh, and did I mention she has an amazing, sometimes quirky voice with a huge vocal range?

So, if you want to create a new version, what do you do?

Chuck Wright from Quiet Riot had a pretty good idea- do what he does best, rock! The original version features heavy synth throughout and drum samples. He wisely changes that here. The synthe is still present, but nestled into the background. The foreground has been replaced with guitar- not heavy chords, but more sparse, drawn out, individual notes. Towards the end of the song, Lanny Cordola from House of Lords breaks into a traditional guitar solo to close the song. The drums, which were originally samples of John Bonham on When the Levee Breaks, are now actual drums. The changes here from industrial synthe to rock create a very different version, but both equally support the power of the lyrics and message. Of course, having a song built around a rhythm section created by John Bonham lends itself to a rock treatment, so it was an easy choice. (When the Levee Breaks is actually a song written by Kansas Joe McCoy and Memphis Minnie, but made famous by Led Zeppelin)

Now to the real problem of covering Bjork- finding a singer who can deliver a powerful performance without being a knock-off Bjork mimic. Wright could have chosen someone a little more quirky like Billie Eilish, but wisely chose Whitney Tai who recently won Best Vocalist at the Intercontinental Music Awards. Tai has her own style, her own voice, and it’s powerful. For those who aren’t familiar, check out songs like Surrender off of her most recent album Apogee or Enigma off of Metamorphosis in 2015. On both, Tai shows a deep dynamic range. On Army of Me, it is no different. Tai approaches the verses and the chorus differently. She sings slowly, impassioned on the verse as she implores the listener to be better, to get up and do what’s right. On the chorus, her voice soars, hitting bigger notes as she gives the ultimatum- do what I say or meet an Army of Me.

What Chuck Wright and company have done so well here is adapt a personal song from 1995, widening its message to a 2021 society that needs the message. He uses Ruth Bader Ginsberg in the video to bolster the point of doing what’s right in the face of adversity. The song and the video are beautiful re-imaginings of the original.

Army of Me is the first song off of Chuck Wright’s Sheltering Sky record which is coming in 2022. The record features over 30 guest performers including members of Mr. Big, Skid Row, Tesla, Dream Theater, Asia among many others. And for those of us who are fans of Whitney Tai, this is not the only song on which she sings. If this song is any indication, The Sheltering Sky sounds like an album worthy of our attention.