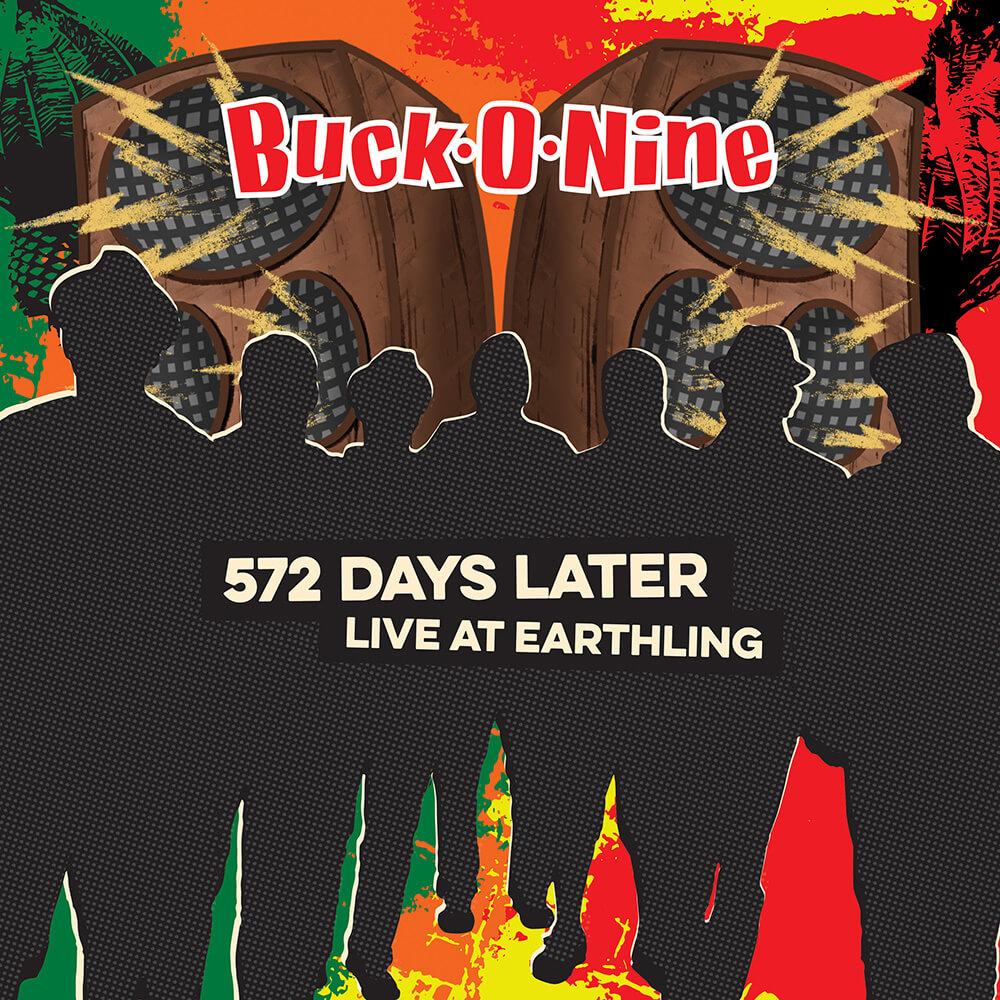 Los Angeles, CA – No professional touring band has had it easy the last couple of years, but San Diego ska punk icons Buck-O-Nine have had one seriously bumpy ride since the release of their 2019 album FunDayMental. For starters, the worldwide COVID pandemic struck the following year, cancelling the band’s plans to tour in support of the new album. Most recently, much-beloved singer Jon Pebsworth suffered a major cardiac arrest, which led to him being hospitalized and again delaying a planned tour.

But prior to Pebsworth’s brush with disaster, and as the COVID pandemic began to subside, the band struck upon an idea for how to scratch their proverbial performance itch – reunite at their home studio in San Diego, Earthling, and record a live set. After not performing together for 572 days, the band leapt at the chance and the result is 572 Days Later – Live At Earthling, an energetic and joyous live album. The band sounds better than ever and are clearly relishing being able to play together for the first time in nearly two years, kicking out fantastic versions of such fan favorites as “Round Kid,” “Jennifer’s Cold” and “Nineteen” PLUS cuts from FunDayMental!

Check out the brand new, kick ass version of “Round Kid,” a standout track from the group’s massively successful 1997 album Twenty-Eight Teeth, which is being released as a standalone single to all of digital outlets.

The band had this to say about the recording of the new album, “It’s been a weird and unpredictable couple of years. We’re lucky to have each other to lean on and help each other through all the chaos. It hasn’t been easy but we managed to get into the studio and record together. It was super fun! We basically played our live set and got to hang out all in one place for two days!”

Watch for the entirety of 572 Days Later – Live At Earthling to be available on all formats including CD, vinyl and digital starting June 24!

Pre-order the CD/vinyl
Pre-order/pre-save the digital

And be sure to catch the band live in-person for their In Defense Of Ska Tour with Mustard Plug later this year!