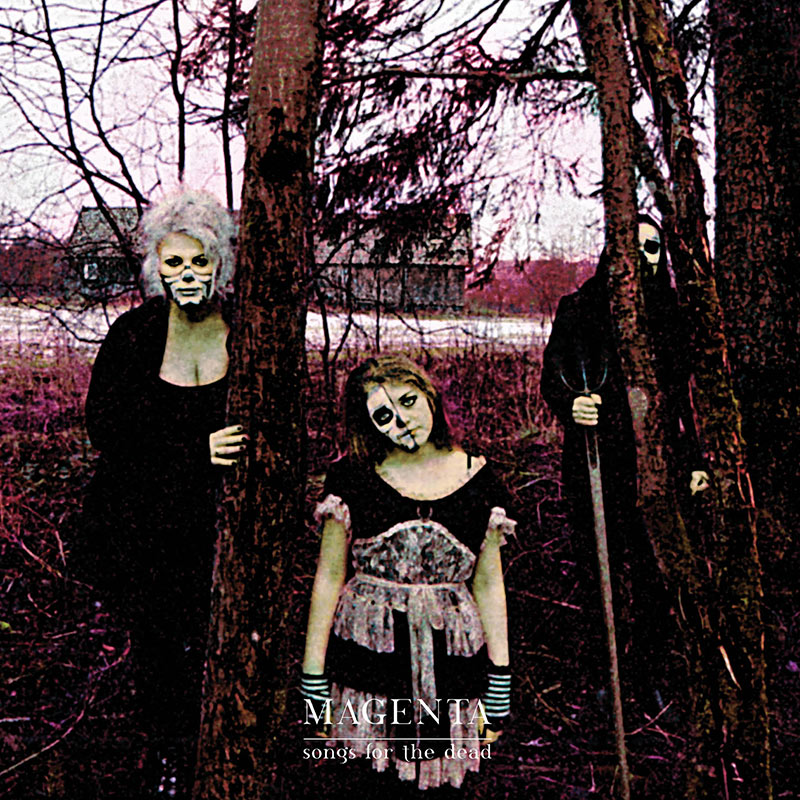 “Songs For The Dead”, The Brand New Album From Norwegian Industrial / Alternative-Rock Band Magenta, To Be Released October 16th On Cleopatra Records!

Norwegian Industrial /Alternative-Rock band, Magenta will unleash their long awaited new album “Songs For The Dead”, a true masterpiece of dark & savage beauty. Leading off the campaign for the album will be an official audio-video for the album’s first single “Ghost”, produced by Al Jorgenson of Ministry and featuring synths by Stephan Groth of Apoptygma Berzerk.

Magenta was formed by Vilde Lockert Odden and Anders Odden in 1995. They have always taken inspiration from the wide range of music they like and describe their work as a soundtrack to a movie you have to create in your head.

New Album ‘Songs For The Dead’

Anders Odden is well known in the international metal scene as guitarist for Norwegian black metal legends, Satyricon. His guitar prowness has also served well for Cadaver, Apoptygma Berzerk and Celtic Frost to name a few. But unlike any of these, Magenta is his main musical outlet as a composer/writer.

“Songs For The Dead” was borne through deep tragedy. The Magenta family had been invited to stay at Ministry leader, Al Jourgensen’s 13th Planet Studios compound during the Xmas of 2012. They arrived the same day that Ministry guitarist Mike Scaccia left after finishing some recording. Then shortly after, on December 22nd, news reached them that Mike passed away. Everyone at Al’s compound was overwhelmed with grief. To try to get somewhat back to normal in the midst of this, they all decided to record something. The Magentas daugther, Regine, had written a song called “Ghost” in the castle of Duke Hank Von Hell (ex-Turbonegro) the Xmas before. They recorded this track with Al’s magic touch and the idea for the album dedicated to those who have past on, was born.

The album is like a requiem and is a new birth for Magenta. It is the first album Magenta have done that they feel represent them fully as the kind of musical entity they want. As Anders himself has said; “Magenta is my playground where I can be as diverse and melodic as I want to.”

Pre-Order on Bandcamp at http://flyt.it/MagentaBandcamp