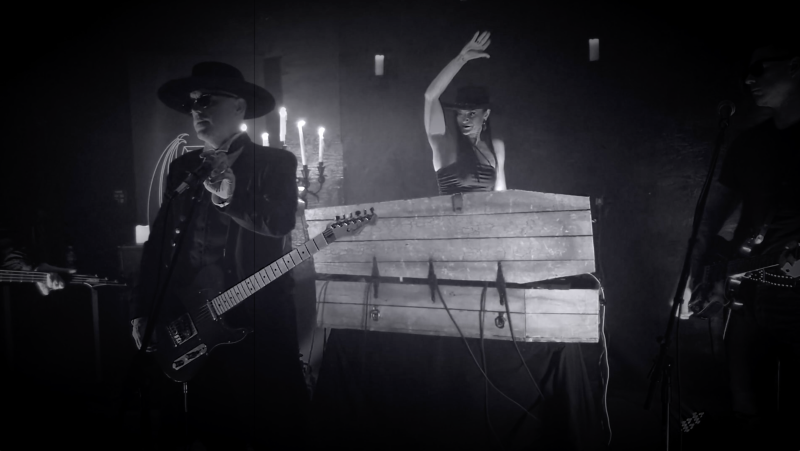 Los Angeles, CA – With their new album, Revival, being zealously embraced by audiences around the world and earning some of the best reviews of their career, Virginia-based band Sonsombre have been itching to spread their gospel of classic Sisters Of Mercy/The Cure-style goth rock to the masses via live stage performances. But with the world continuing its long slog through a hellish nightmarescape, live performances just havenâ€™t been in the cards. However, today the band has come to offer relief and release in the form of a gorgeously shot virtual mini-concert featuring standout tracks from both Revival as well as 2020â€™s One Thousand Graves.

Filmed by Jacob Johnson, the video showcases the bandâ€™s flair for the theatrical reverie of gothâ€™s glory days, from the flowing black coat and distinctive wide-brimmed hat worn by frontman Brandon Pybus to the candle-lit stage set where the band performs. In addition to the regular cast of talented players supporting Pybus, the group is joined for this mini-concert by bassist Mike Louis of Chronic Twilight and Shadow Assembly.

The band is also excited to announce the official CD release of Revival. Packaged in a sleek digipak, the CD version includes a full lyric booklet and additional band photos!