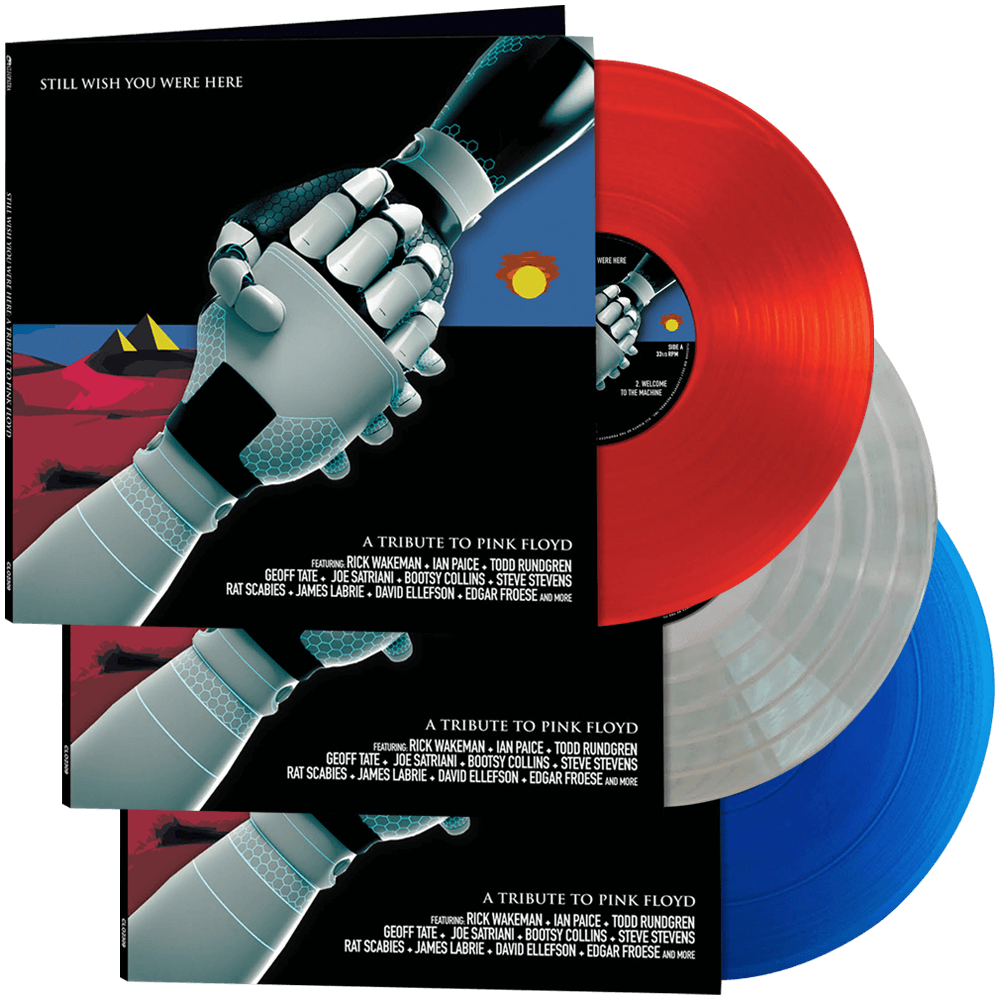 There have been a number of tribute albums recorded paying tribute to Pink Floyd and usually these take the form of artists covering one of their classic albums. Still Wish You Were Here is the latest and, perhaps, one of the best. Musicians from many genres have gathered together here and they seem to have found their groove in covering the classic Wish You Were Here album, originally released in 1975. Pink Floyd had the enviable task of following Dark Side Of The Moon, and for my money, they topped that landmark album. Wish You Were Here is full of incredible music. For Still Wish You Were Here a number of classic rock artists have all pulled together to cover it. Included in the line-up are Rick Wakeman, Deep Purple drummer Ian Paice, Todd Rundgren, ex-QueensrÃ¿che vocalist Geoff Tate, guitarist Joe Satriani, Dream Theater vocalist James LaBrie, spacebass super genius Bootsy Collins, Edgar Froese (Tangerine Dream), Triumphâ€™s Rik Emmett, Carmine Appice The Damnedâ€™s Rat Scabies, and PiLâ€™s Jah Wobble.

The cover versions do not stray far from the originals. Working with such iconic source material can be somewhat overwhelming. If you stick too close, you invite comparisons, if you stray too far afield, you upset the fans of the original album. The band artists do a fine job of inputting their own styles and takes on songs, while maintaining the framework of the song. Overall, it is an enjoyable album. There are few surprises, but that is fine, because the musicianship is strong and they do inject different energy into the songs.

â€œWish You Were Hereâ€ comes off the best. Froeseâ€™s synthesizer and the guitar work from Rik Emmett and Joe Satriani combine to give the song new energy and a great deal of passion. It is a solid version, very close to the original but the band still makes it their own. And the version of â€œShine On You Crazy Diamond (Parts 6 -9)â€ features some fantastic keyboard playing from Rod Argent and Steve Hillage has never sounded better. Not to mention Bootsy Collins and Ian Paice, whose drumming is inspiring on this version.

Still Wish You Were Here is a fine tribute album to a classic album. Pink Floyd fans may want to stick with the original album, but if one gives this album a chance. Even more interesting is the artists that come together, on paper, should not work well together (Edgar Froese and Rik Emmett working together?) but it all comes together. This is a worthy tribute to Pink Floyd and their classic album.