The King Of The Honking Sax Big Jay McNeely Returns With A Brand New Set Of Recordings! 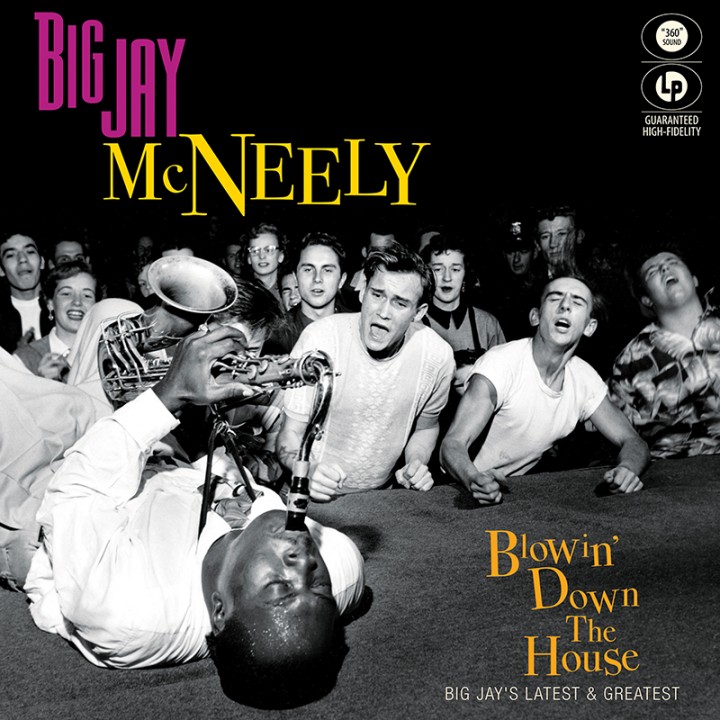 Before Jimi Hendrix, before Elvis Presley, there was Big Jay McNeely honking and squealing on his saxophone, wowing audiences with a stellar, energetic live show that often found him writhing around on his back or jumping into the middle of his enthusiastic audience, all while never missing a single beat! McNeely is truly the last of a generation of blues/R&B musicians who inspired the early rock pioneers, and are still around to remind us where popular music came from. Now, McNeely has teamed with Cleopatra Records to present this special album of 5 brand new recordings plus a handful of classics from the ‘50s & ‘60s called Blowin’ Down The House – Big Jay’s Greatest & Latest. This collection will be released on the Cleopatra Blues imprint September 30 on both CD and vinyl!

Big Jay McNeely’s incredible career began in the ‘40s and saw him play with several major R&B and blues legends of the late ‘40s and early ‘50s such as Little Richard, B.B. King, Etta James and Jr. Wells. He scored his first major hit with the 1949 smash hit instrumental “Deacon’s Hop” and scored again with a R&B vocal ballad “There’s Something On Your Mind” featuring Little Sonny Warner. He pioneered the flamboyant playing style called “honking” and is widely acknowledged as one of the first musical entertainers to make showmanship an important element of the live concert experience. His music continues to be an important signifier for that early era, earning McNeely gigs at major festivals both here and abroad as well as having his music featured in the 2013 Sean Penn film Gangster Squad starring and last year’s biopic Trumbo starring Bryan Cranston. This year, Big Jay partnered with producer Jürgen Engler for a set of new recordings in his classic style such as the Motown-esque “Love Will Never Fail” and the bluesy “I’ve Been Mistreated.” These songs demonstrate that even at 89 years of age, Big Jay McNeely can still blow them all away!

Those in need of a refresher about Big Jay’s history can watch this short promotional documentary film: https://www.youtube.com/watch?v=whAxAIR2MD4