The Lost Album From Early ’70s Prog-Fusion Band, The Flock, Released for the First Time 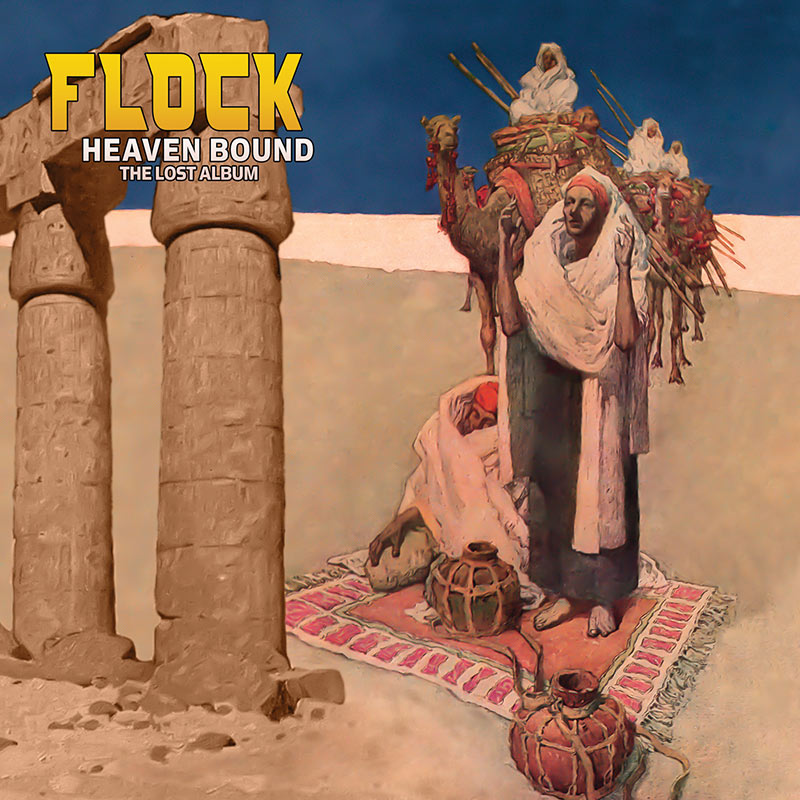 Nearly lost to the sands of time, a recently discovered set of vintage ’70s recordings from Chicago-based jazz-rock ensemble The Flock will finally be released as Heaven Bound – The Lost Album on July 22 through Cleopatra Records imprint Purple Pyramid! These never-before-released recordings feature founding Flock members Fred Glickstein (vocals, guitar), Ron Karpman (drums), and Jerry Smith (bass) on what could have been the band’s magnificent fourth album.

The Flock were one of the most adventurous bands in the jazz/fusion music scene of the ’70s alongside Chicago and Blood Sweat & Tears, well known for featuring violin greatJerry Goodman (later of Mahavishnu Orchestra) on the band’s first two Columbia Records albums – 1969’s self-titled debut and 1970’s Dinosaur Swamps. After Goodman left, a reformed Flock released Inside Out on Mercury Records in 1975, and though the band was dropped from the label shortly thereafter, Glickstein and Karpman continued to write and record together, with Smith popping in every now and again, in anticipation of a new recording contract. No such deal ever materialized, however, and so those recordings were shelved away for safe keeping, never released…until now!

Glickstein, speaking on behalf of the entire Flock, offers these words in honor of this momentous release: “We are all very lucky to have had that happy musical trip and the chance to entertain people in the US and Europe. A special thanks to everyone at Cleopatra Records for helping this project become a reality and for keeping the spirit of the Flock alive.”

Featuring dynamic musicianship, rich vocal harmonies and the unmistakable warm fuzz of vintage ’70s guitar on such standout tunes as “Heaven Bound,” “Don’t You Know (Who I Am),” and “Love Away,” this collection will not only keep the spirit of Flock alive but also the spirit of superbly crafted classic rock!